Here we are at another Friday, boys - the day after the 75th Anniversary of V-E Day, which is celebrated in Russia as День Победы, or "Victory Day". Yesterday was a really big deal for the Russkies, given that they lost some 20 million people in the war. They paid by far the greatest price of all of the powers that fought in WWII, and they remember the Great Patriotic War (as they call it) in a very different light from any of the Western nations, including America.

For them, the end of the Second World War represented a moment of desperation and triumph. They were shattered, in every way - morally, psychologically, economically, you name it, they had taken an absolute beating.

And they came through it and built their own world-spanning empire out of that trial.

Note, I am not for one moment supporting the Soviet empire. Anyone who has been reading my work for any amount of time knows damned well that I regard Communism as an absolutely Satanic evil and believe that the world would be a much better place if all Communists were lined up against a wall and summarily shot.

And if you think that's extreme, just remember one thing: that is what f***ing Commies want to do to you. They did do more or less precisely that to at least 100 million people during the long, sorry, and miserable history of Communism in the 20th Century.

The point of all of this is that, no matter how bad things get, hope lives on.

I don't want to get Scriptural here, because that seems more than a little inappropriate given that, well, this post features a hot girl in not a whole lot of clothing. But I do want to say one thing:

This world is a dark and terrible place. It seeks to crush us and destroy us and make us serve lies.

Don't let that get you down. The message that my brothers and I bring you is of the victory of Truth over lies; of beauty over ugliness; of reason over madness; and, most importantly, of faith, hope, and love over apostasy, nihilism, and fornication.

Never forget that, and never let yourself despair. Spread the good news, my brothers, for victory is coming.

So that's the serious part of the post over and done with. Now for the fun part.

Keeping in line with the theme of "hope" - here is an Instachick by the name of Hope Beel, who was born in Texarcana, Texas. She's an Instagram "fitness model" and "influencer" - whatever the heck all of that means - and she's about 30 years old. She is married, to her personal trainer, so she probably isn't that much of a thot, but who knows for sure.

Personally I don't find her face all that interesting when she isn't caked in warpaint, but her face isn't really the point here.

Happy Friday, boys. Enjoy the weekend, drink some beers, and always remember that we have plenty of things to be happy about. 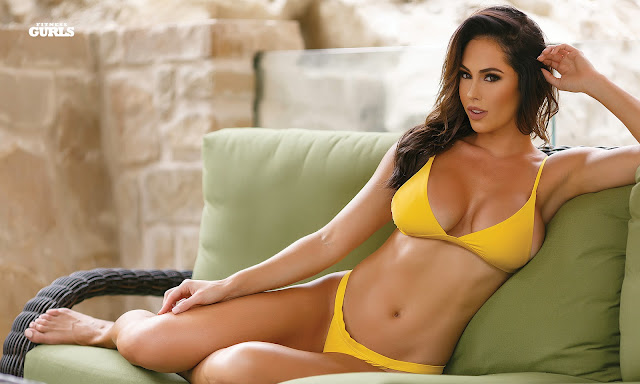