Did it really happen to #metoo? 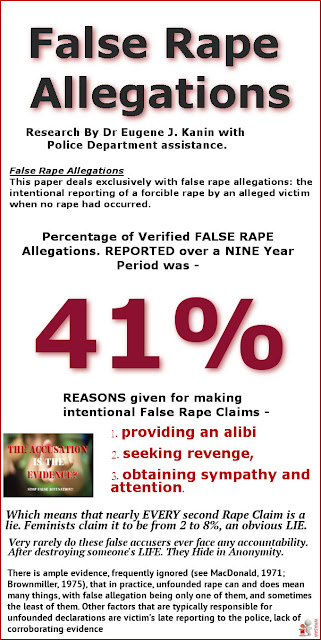 The #metoo tag has been trending at an incredible pace over social media ever since the Harvey Weinstein case broke wide open and Hollyweird could no longer cover up the degeneracy at its rotten, stinking core:

Women on social media are speaking out about being victims of sexual harassment by sharing the hashtag #metoo.

According to Facebook, more than 12 million people have now posted using the hashtag, after actress Alyssa Milano asked users to identify themselves if they'd been a victim of sexual misconduct.

Alongside famous faces including Lady Gaga, Debra Messing, Monica Lewinsky and Rosario Dawson, women - and men - have been sharing their own negative experiences.

The outpouring comes just days after scores of women spoke out against film mogul Harvey Weinstein who faces accusations of rape and sexual harassment.

From simply re-posting #metoo to writing more detailed accounts of past incidents, people have been sharing the hashtag since Sunday, and it continues to trend on social media in countries across the world.

Milano's original tweet has now received over 58,000 comments, and the hashtag was one of the top trends on Twitter in Britain and the United States.

On Facebook, around 12 million people have discussed 'Me Too', with the figures growing by the hour.

On Sunday, Milano referenced a friend's tweet, which asked women to use the tag to give a sense of the sheer 'magnitude' of sexual harassment faced.

Milano costarred with Rose McGowan on the show Charmed. McGowan was one of the first to publicly speak out about Harvey Weinstein when it first came to light two weeks ago. She has accused Weinstein of raping her.

Call me a cynic- OK, actually, I absolutely am a cynic- but I find all of this great cathartic outpouring of confessions on the part of thousands and even millions of women online to be rather too convenient.

This is not going to be an easy post to write, and probably won't be easy to read either. But it needs to be done.

Before I continue, let me take pains to point one thing out for the benefit of the foolish, the feckless, the feeble-minded, and especially the stupid ass-faced braying feminists (Lord, forgive me my redundancies):

Real rape, and real sexual assault, is a serious crime. A man who forces himself upon another woman without permission, or at the very least takes hold of a woman without the very clear presence of mutual attraction, does not deserve society's protection or understanding. Rape is an exercise in raw, naked force- literally. A rape victim has lost control of his or her own freedom in the most personal way possible.

Real rape has been used since the very beginning of Man's existence as an exercise in control. That is what makes it such an effective and terrible threat in times of war- and why, in times of peace, all civic-minded societies regard it as an abomination.

Now, with that out of the way, let us return to the main point.

The oft-quoted statistic about "one in four women" being victims of sexual assault and rape during their lifetimes is, as we know, complete and arrant nonsense. No matter how you look at the actual statistics, the true percentage of women who have experienced real, physical sexual abuse and rape is tiny.

The only acceptable percentage in a strong and healthy society that values women's chastity and safety is, of course, zero. But one only has to take a brief survey of attitudes towards women in non-Western and non-East Asian societies to recognise that there is no safer place for a woman than either Western society, as utterly degenerate as it has become, or patriarchal East Asian society.

In Western society, though, a serious inversion of power has taken place over the last thirty years or so. It used to be that even a crime as serious and terrible as rape required credible evidence to be presented in order to arrest a man and charge him with the crime.

It used to be that a man accused of such a crime had the right to face his accuser and be given the right to a speedy, efficient, and carefully conducted public trial in which he would have the right to examine the evidence brought against him and, if he so chose, question his accuser.

The last time I checked, these rights were written into the very Constitution of the United States of America, under the Fourth, Sixth, and Eighth Amendments within the Bill of Rights.

But, as the West in general and America in particular have slouched ever closer toward Gomorrah, these rights have been thrown completely out of the window.

It is now perfectly legal and permissible and even easy for a woman to come forward and make a false rape accusation. The police and society at large are expected- nay, demanded- to take her at her word. Not one shred of evidence is required before public resources and taxpayer monies are tied up in the process of arresting, incarcerating, and bringing to trial men whose only mistake was to get involved with women whose worst instincts are now allowed to rule over them unchecked by any sense of morality or shame.

These days, with the passage of "Yes Means Yes" laws, it has gotten to the point where a man has to go on dates with video cameras and audio recording devices secreted about his person. If he makes the mistake of taking a woman to bed who, shall we say, found his performance to be unsatisfactory, or was perhaps dissatisfied with the size and quality of his merchandise, then she can launch a false rape accusation against him with no repercussions whatsoever.

In our gynocentric society, a woman has the ability to create over a dozen false rape accusations, and thereby waste enormous amounts of taxpayer money in the process, before she can actually be penalised. And even then, such a woman will face a relatively lenient penalty compared to the tremendous damage that she has done to the lives of the men that she has accused.

Combine the fact that women get roughly one-third the penalty that men do for the same crime in most Western courts, with the fact that women in today's society are largely absolved of responsibility for themselves and their own safety, and you have the perfect shitstorm of injustice.

To repeat, under no circumstances should we ever ignore or refuse to prosecute genuine cases of sexual abuse against women. Such crimes are appalling and their perpetrators must be brought to justice.

But this should not blind us to the fact that women are creatures of the herd. And the herd presently sees that a once-rich and powerful man has been brought low for his repugnant lack of character and moral virtues. There is more than a whiff of the old Salem witch trial mass hysteria about this whole "#metoo" hashtag, and I wonder how many innocent men are going to find their reputations destroyed and their freedoms stripped from them before it all dies down.

Make no mistake: what we have today is a perversion of the very concept of "justice". There is no such thing when it comes to sexual misconduct, not any more. Even the merest hint of a whisper of such a thing directed toward any man who is not wealthy, powerful, or connected, is the beginning of the end for him.

Is it any wonder, then, that men are turning away from Western women in our thousands and millions?

This will continue until such time as women and their stupid white-knight supporters among the blue-pill menfolk finally wake up and realise that the balance has tipped too far away from responsibility, and too far toward libertine hedonism and unlicensed female agency.

Unfortunately, history tells us that societies and civilisations as sick and corrupted as the West has become typically only correct course after they collapse and have to be rebuilt from the ground up. The inevitable result of such a collapse is truly appalling suffering inflicted upon the weakest and most vulnerable members of such a society- which is to say, women (and, very sadly, children).

The reality is that a society with balanced and harmonious relations between the sexes is a safe and prosperous one for women, where rape and sexual assault are rightly regarded as heinous and terrible crimes- and where women recognise that they have a responsibility unto themselves to keep themselves safe and exercise good judgement.

What we have today is anything but a balanced and harmonious society. What we have is instead a bloated, decaying, shambling animated corpse that is simply marking time until it is finally destroyed.
Email Post
Labels: culture wars demotivationals feminism human stupidity liberal stupidity masculinity office space philosophy SEXISS