Crapping where they eat 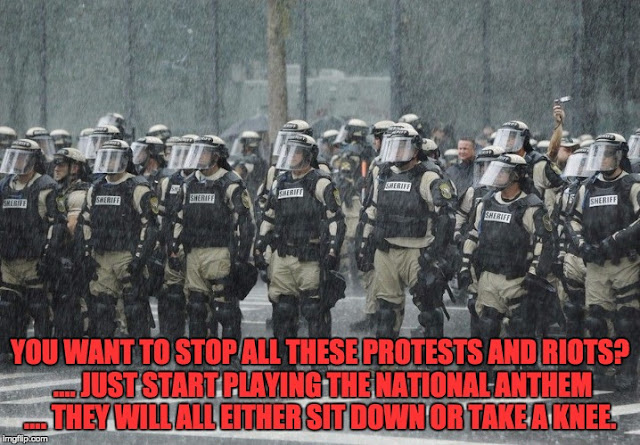 Apparently the writers over at the Daily Mail are shocked- shocked, I tell you!- at the fact that the NFL's core audience is repulsed by the way that the league's players have gone about protesting "social injustice", or whatever cause du jour they are complaining about these days:


As players, coaches and owners continue to protest during the the National Anthem, the NFL struggles to gripe [sic] with a new poll that shows that they are no longer America's favorite sport.

Favorable ratings for the NFL have dropped from 57 percent to 44 percent from the end of August to the end of September.

Meanwhile, the unfavorable rating for the league is the highest among any big sport - 40 percent - according to the Winston Group survey.

In August and September, baseball had the highest favorable rating than any other sport at 63 and 65 percent.

While the sport was already seeing lower TV ratings accompanied vacant seating in stadiums, the accompaniment of the National Anthem protest with outlandish criticism from Trump has caused core fans, men aged 34-54, to turn their attention elsewhere.

Men entirely have seen a decrease in favorable ratings from 68 percent to 45 percent.

In fact, according to the Winston Poll, every sect of NFL fandom saw a decrease in support.

The news does slightly confirm the prediction made by President Donald Trump at the end of September saying that the continuation of the protest could spell bad news for the league.

Personally I am quite amused at the extremely grudging manner in which the pozzed media admits that the God-Emperor has read the mood of the country correctly and has, very shrewdly, directly aligned himself with the majority of football fans who hate seeing their country's national anthem and Flag disrespected.

Now, as I've written before on this subject, I generally could not care less about sportzball. During my recent roadtrip with my family, we stopped over at a hotel sitting on the grounds of Penn State for lunch and had a rather enjoyable meal at the Legends Pub downstairs. This pub is covered on every wall with memorabilia and information about Penn State, which I gather is apparently a very big name in the world of college football.

All of that history and regalia meant precisely 100% of nothing to me and my family. And all of us are perfectly content to let things stay that way.

Nor does it particularly annoy me that a bunch of crybaby multi-millionaires want to protest something. Evidently they have nothing better to do with their time.

It does annoy me, considerably, when people decide to disrespect this country.

I am not American. I do not pretend to be a man of the people. I am very much a product of the elite class because of my background, education, and upbringing. I make no apologies whatsoever for this and have no problems with who and what I am.

However, I also know full well that I am a guest in America. I owe my presence here, and the material comforts of my existence, to a fundamentally good and decent people who have seen fit to admit me as a guest and let me stay here and live in peace.

And I am profoundly grateful for that fact. My life changed forever the day that I stepped off that plane 11 years ago to begin my studies here, and I do not take lightly the opportunities and freedoms that I have been given.

It is a privilege to be here in this country. I truly believe that anyone who gets the chance to live and work in the US, even today with its rapidly collapsing culture and infrastructure, is given a winning lottery ticket in life.

So when I see people far wealthier, more powerful, and more influential than myself essentially spitting on the very country that gave me so much... yeah, that kind of pisses me off.

I don't have a problem with legitimately grounded criticisms of America and its people. I indulge in such things routinely. Such is the freedom afforded to both Americans and their guests under the First Amendment.

I do have a problem, a really big one, with people who owe their very existence and livelihood to other people who look up to them and pay very good money for them to perform their trade, then turning around and taking a big fat dump all over those fans.

That, essentially, is what the players in the NFL have done. They have basically said to their fans that they do not value the same things that those fans value.

And now they are shocked- again, SHOCKED, I tell you!!!- that the fans are turning their backs on them and refusing to pay with their hard-earned money to watch these bitchy gazillionaires with more money than brains and financial sense indulge in a lot of whining and crying about "social justice" out there on a football pitch.

It is too much to ask that politics be kept out of sports. The reality is that sports have ALWAYS been political, and that is true no matter how far back in time you go- right back to the very earliest Olympic Games in Greece, in fact. Top-flight athletes have long used their fame and status to advance causes near and dear to their own hearts. This is neither new nor surprising.

The problem occurs when athletes go from championing specific causes- which, again, is entirely their right- to insulting the very fans who elevated them to their exalted status. At that point, they are liable for the consequences of their actions.

And they should not then be surprised when the rest of us- including elitist snobs like yours truly- decide that we've had enough of their shenanigans and simply stop funding their childishness.

The lesson for those athletes is the same one that you and I were taught very early on in our working lives: don't shit where you eat.

Better yet: don't shit on the ladder as you're climbing up, because you'll hit every last rung on the way back down.

I leave the last words to the God-Emperor (PBUH): 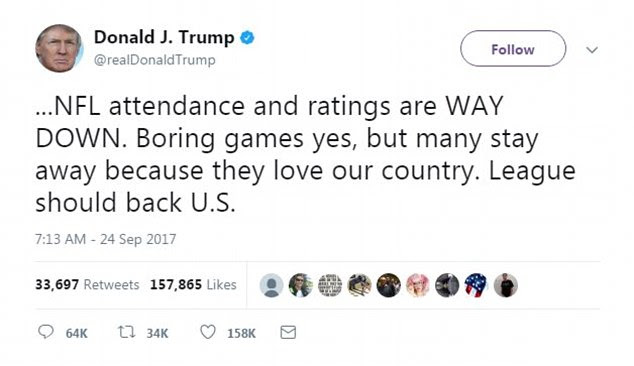