A few years back I wrote up a post about a certain lady named Gwyneth Montenegro who had, at that point in time, slept with 10,091 men over the course of a 12-year career as a prostitute. At the time, I was both shocked and extremely amused by what she had to say, because it put into perspective exactly what kind of a toll extreme promiscuity takes on a woman's looks and health.

Seriously, just take a look at her: 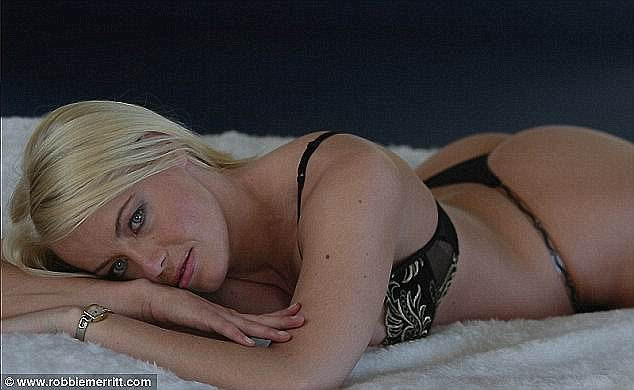 I reckon that most men would argue that she looks pretty damn good- for a woman of 50 with plenty of work done on her hair and makeup and good lighting.

Want to guess how old she actually is?

The reason for this comes from my follow-up post, which was written to answer a query from a reader as to roughly how much impact damage Ms. Montenegro had taken over the course of her career.

According to my calculations- using quite conservative estimates, I might add- I came to the conclusion that she had been subjected to the equivalent of 922 NFL-style tackles vertically and 1,326 tackles horizontally.

(I know that my original numbers are 4 times higher. I added in a note pointing out why I thought the division by 4 was appropriate.)

No matter how you cut those figures, that is a LOT of thumping.

As commenter Cadders pointed out in his response to my original post, "[n]o wonder she looks so old, she's shaken herself to pieces".

The point of this post, however, is not to slam (heh) the lady in question, or her former lifestyle. After all, Ms. Montenegro has since quit the sex-worker industry, become a practitioner of Neuro-Linguistic Programming (NLP- a term very familiar to most PUA types). She's made something of her life. It is possible for such fallen women to find at least some measure of repentance and forgiveness.

The point here is instead to highlight a couple of points that Ms. Montenegro has made in the latest Daily Mail article chronicling her various misadventures:

As she moved up the escort world, her clients were becoming richer and richer. One multi-millionaire even introduced Gwyneth to cocaine in her early twenties.

'It was a lifestyle of cocaine, speed and French champagne,' she recalled.

But it was also a lifestyle that gave Gwyneth a deep insight into what men really want from women as they confided in her about their desires and relationships.

Gwyneth found that most of her clients actually didn't want 'hardcore kinky sex' or a chance to live out 'sick fantasies'.

The sex was 'normal', but the escort found that many men felt 'more validated' in their own masculinity after they had sex with her.

'I don't want to be so brazen as to just blame feminism for this. However, I think there is a part to play where men do feel emasculated,' Gwyneth told News.com.au.

Gwyneth believes that men no longer know how to navigate a world where they're scared to open a door for a woman.

She found that many of her clients sought out escorts because they felt emasculated in their actual relationships.

'They don't know what it is to be a man anymore. They've lost their way,' she added.

It says quite a lot about just how far the modern Western world has fallen when a former prostitute who has slept with over 10,000 men can speak truths that most politicians and op-ed columnists refuse to utter.

Moreover, this is NOT, under ANY circumstances, a woman that any man in his right mind could possibly want to wife up. Yet Ms. Montenegro has apparently received, to date, over one THOUSAND marriage proposals.

I remind you that this is a woman that has slept with OVER TEN THOUSAND MEN. We all know what sleeping with "only" 20 men does to a woman's ability to pair-bond and form a lasting, committed relationship with any one man. Such a man has to be an Ur-Alpha himself, with a notch count likely above 50 and possibly in the hundreds, in order to handle such a woman.

The physical, emotional, and psychological toll that excessive promiscuity takes upon a woman is well documented and understood within our circles. We call it "the thousand cock stare".


Such a woman's eyes are as dead as her soul. She has been worn down by the many, many men that she has slept with, a fair number of whom are not exactly good dad or husband material, and there is no hope left in her eyes for a happy future with a good and decent man who will look after and care for her.

Truly, there is no end to the thirstiness of some men. As friend and reader Carey once said, IT MAKES MY TEETH ACHE!

None of that changes the fact that Ms. TenThousandCocks is right. (Lord forgive me for that one- I'm totally going to Hell...)

For as Ms. Montenegro points out, it is absolutely true that most modern Western men have lost their way in the dating market. They have been told for forty years that masculinity is wrong and dangerous, and that the old standards of polite behaviour with respect to women are patronising and overbearing... or some such bullshit, feminism never did make very much sense, after all.

These days, the power that women hold over men is such that a man can be accused of harassment simply for holding a door open for a woman, or for taking her picture, or for ANY form of unwanted public physical contact- up to and including kissing even if she indicated beforehand that she WANTED to be smooched.

He can be accused of rape at any time after a sexual encounter, and his accuser has more rights than he does in a court of law- in such cases, he is presumed guilty, in a gross and disgusting perversion of the entire concept of justice. God help him if he didn't preserve the text messages and other interactions with such a woman; it is getting to the point in the West where a man actually needs a Coitus Consent Form (kudos to our friend Terrence Popp for that one).

In the event that a man does find a woman that he likes, and things go well and they end up making the beast with two backs, and, shall we say, one slips by the goalkeeper, then the man is potentially in for 18 years of baby jail. He is on the hook for the child of such a union.

He can even be put on the hook, legally, for a child that is not his. If he signs the birth certificate of that child without a DNA or blood test proving that the child is of his get, then the woman who gave birth to the bastard can, with the full support of the government, haul his ass into court and have him thrown in jail for a crime that he DID NOT commit, in the event that he does not pay child support on the 15th of every month and take his (entirely legal) ass-raping in court without a murmur.

That, my friends, is the reality of the Western world.

Is it any surprise, then, that increasing numbers of men are scared stiff by the notion of dating a woman, having sex with her, and possibly even marrying her?

(I realise that I sound a lot like the MGTOW choir here. I am not, personally, a MGTOW type, even though I agree with roughly 95% of what they say- because unlike the MGTOWs, I actually do think that we are in a war, and I do believe that it needs to be fought and won. And I'm not interested in simply surrendering before the fighting even starts.)

Prostitution, by contrast, is the interaction between a man and a woman distilled down to its most basic ingredients, with no fluff or nonsense at all. It is sex reduced to purely transactional form- and as such, is probably the most honest kind of sex that can be found on Earth.

Note, I did not say that it is the best kind. The purpose of sex is procreative, and the best kind of sex, whether we men admit it to ourselves or not, is not "revenge" sex or "breakup" sex.

No doubt I'll cop a bit of stick for this one, but it remains true that the best kind of sex is, quite simply, sex for the specific purpose and intent of conceiving a child.

After all, the intention of sex is, and has always been, to create new life and bring it forth into the world. That it is a hell of a lot of fun and very enjoyable is, in my view, simply a bonus that tells us that the Lord actually does, in fact, want us to enjoy life and live it to the fullest.

What makes prostitution honest, though, is that it completely strips away all of the pretense about sex. There is no deception at all about who is doing what. The man is paying for sex. The woman is providing it. That is all.

The man gets to play the part of a man. Not a wallet on legs, not a scapegoat for every possible failure of a woman's judgement, not something to be run down at every possible opportunity by the popular culture as a bumbling buffoon who cannot do anything right without a woman's guidance- a MAN.

The prostitute provides him with an avenue to express his masculinity.

In a society and a culture gone completely mad, where men are treated like trash, or potential rapists, or both, is it therefore any surprise that men find prostitution to be a useful and relatively safe way to validate their own existence?

I note here, yet again, that I, personally, do not think that the regular use of prostitutes is a good idea for a man. Sex with prostitutes is, indeed, honest. But this is one of the few times when honesty actually isn't particularly good for the soul- because there is absolutely no intimate connection with the woman involved. Sex is reduced to strictly transactional terms; the joys of children and family are nowhere involved in the equation.

While I have no issue whatsoever with legalised prostitution, I do think that a man who (regularly) resorts to prostitutes instead of attempting to adapt, react, and overcome in the face of the incredibly bad situation that he is faced with, is making a big mistake.

We men were not placed on this Earth simply to provide sperm and resources. We are expendable, to be sure- but all that stops us from being the very best versions of ourselves that we can be, is the man staring back at each of us in the mirror every morning.
Email Post
Labels: demotivationals human stupidity masculinity