Before we get started here I should provide a bit of a warning. If you are anything like me- i.e. you believe in tradition, decency, mental stability, and the immutable existence of two clearly defined biological genders- you are NOT going to like what follows. You will be staring right into the face of madness, and you are not going to enjoy it.

If you are still game, though, read on. 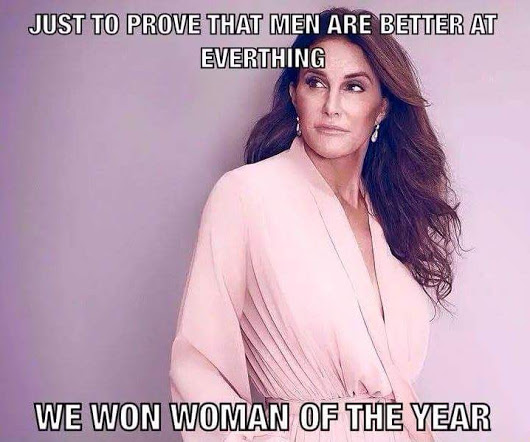 There are many forms of madness with which the Western world finds itself afflicted these days: "Multiculuralism". "Anti-racism". Accusations of "cultural appropriation". Acceptance of homosexuality as normal and decent. An increasing drive toward acceptance of polyamory and now even paedophilia. Submission to Islam. The promotion of "social justice" as the primary purpose of government policy.

Nonetheless, if one were forced to pick from all of these forms of insanity, the one that makes the least sense out of any of these things- and it's quite a stretch to argue that there is sense to be found in any of these ideological afflictions- has got to be the transgender acceptance movement.

The more outlandish and severe versions of this particular form of madness result in symptoms like: insisting that it is possible to have no gender whatsoever; insisting that a man can become a woman, or vice versa; and insisting that such things are not only normal but right.

Of course, the sole benefit of the transgender ideology is that it deals a death-blow to one of the fondest (and most ridiculous) assertions of radical feminism: that gender is a social construct.

As anyone but a feminist can understand, X cannot be Not-X. As such, either gender is real- which is the only way that one can argue that a biological male can possibly become female- or it is not.

If it is not, then anyone can choose to be whatever he or she or it wants to be at any given time. (You and I know this to be absurd, but then we are not feminists and we have not abandoned reason and logic.)

If it is... well, then what? Is it possible for anyone to simply pick and choose whatever gender he wants to be?

There is only one possible answer: NO.

It does not matter whether you want to be a man, woman, otherkin, SPARTAN-II, cat, dog, hippopotamus, tank, or whatever. Your chromosomes and genetics will forever determine exactly who and what you are.

And for approximately ninety-nine percent of the human population, that is perfectly fine and dandy. I'm willing to wager that not one person reading this has ever questioned his or her biology to the point of wanting to change it.

Even if you do want to change it- you cannot. Not possible. For the rest of your life, no matter how you "feel" on the inside, you are and will always be either a man, or a woman.

It is at this point that mention must be made of the vanishingly small number of legitimate exceptions to this rule.

One such are hermaphrodites- individuals born with both male and female sex organs. In non-human biology, this sort of thing is actually pretty common. But in humans, with our very clear sexual dimorphism, hermaphroditism (known these days by the mealy-mouthed politically correct term "intersex") is extremely rare.

No particularly good figures exist that tell us exactly how many hermaphrodites exist in the world, mostly because the exact definition and gradation of true hermaphroditism is very imprecise. But we can safely conclude that less than 0.05% of the general population falls into this category.

Another are true transgenders, in the sense that they were born with the brain chemistry of one sex but the actual physical organs of another.

Again, this is an exceedingly rare condition, caused by a highly unusual birth defect that results in chromosomal abnormalities.

Where our society has gone truly and horribly wrong is in arguing that such rare and legitimate medical conditions now make it right and just to argue that any mentally ill man or woman who "feels" himself, or herself, to be of "the wrong gender" can now simply become the "right" one.

And once you open that particular can of worms, you will find all manner of unpleasant consequences waiting for you.

Consider just a few of the results of this utter madness, gleaned over the last several months.

- A woman decides to become a man and removes her breasts- but not her womb or vagina- and then succumbs to the very natural female biological urge to have children, and ends up "chestfeeding":

- A mother of a young boy decides that she is actually a man and does her damnedest to become one, and then supports her son when he says that he wants to become a girl:

A transgender man who came out after his transgender daughter began hormone therapy has detailed how his journey from woman to man made him fall in love with his husband all over again.

Eric Maison, a father-of-five from Detroit, Michigan, proudly supported his daughter Corey, 15, after she revealed that she is a transgender girl. It was her journey that made Eric realize that he identified as male, and last month he had a double mastectomy to remove his breasts.

And while his five children still call him 'mom', Eric told Good Morning America that he was blown away by how supportive his husband Les Maison has been. [WHISKEY. TANGO. FOXTROT.] 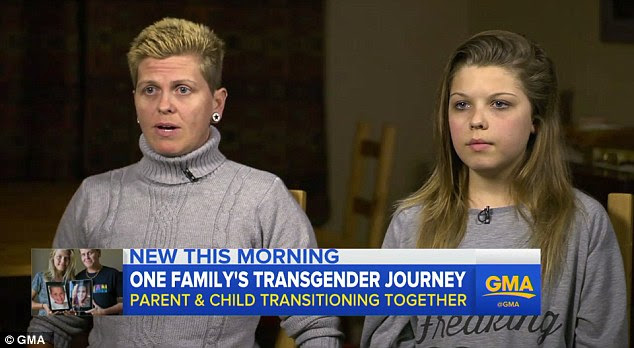 - A prostitute decides that she doesn't want to be identified as either male or female (and she is female, no matter what she says), and then chooses to be sterilised in order to avoid passing on the "disease" of gender to her children: 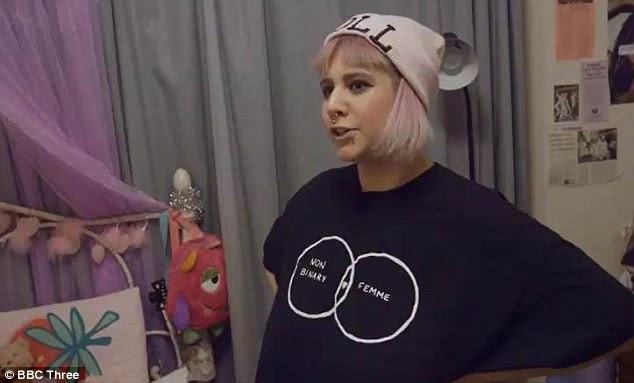 - A mentally ill man who decided that he is in fact a woman was eligible earlier this year for both male and female Academy Award categories: 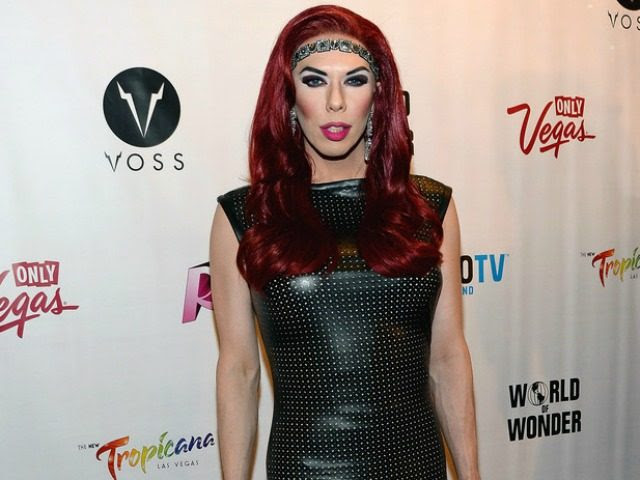 - A couple in Ecuador where the man decided that he wanted to be a "woman" then impregnated a woman that decided she wanted to be a "man", who then gave birth to a child, and this pair are now looking to expand their family: 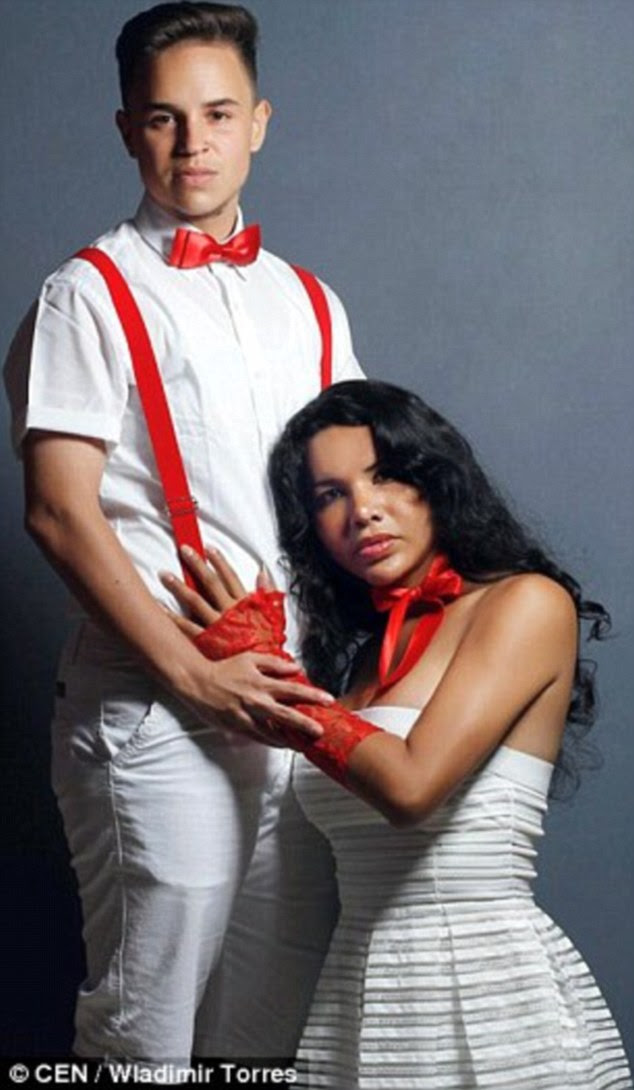 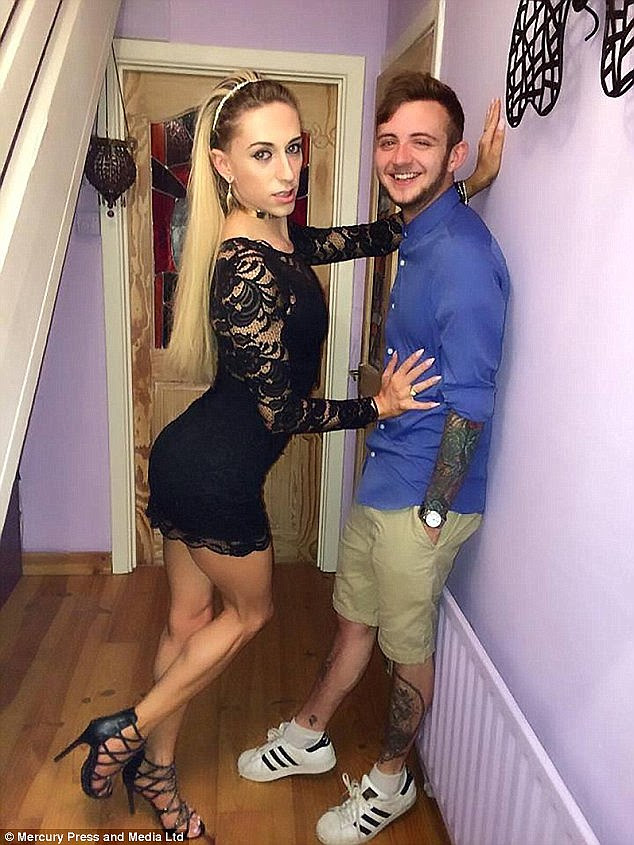 - A weightlifter born a man decides that he wants to be a woman, but only after the advantages of some 37 years of testosterone and masculine muscular development, and simply wipes the floor with his competition:

If your head isn't spinning from the sheer lunacy of it all, then either you weren't paying attention, or you are on considerably more intimate terms with madness than I am.

Two common themes can be found in all of this.

First, every single one of these individuals is in some way mentally ill. If you are offended by this assertion, scroll back up and read through the actual stories. These people behave as mental defectives do, insisting that their view of reality is correct and that the rest of us must conform to it, instead of accepting reality for what it is.

Second, their madness is infecting others. Several of these stories involve children being raised by individuals who are completely and totally confused as to their gender identities. What, I wonder, will happen to these children over time? I cannot claim to be particularly optimistic on that front.

Notice also how every single article and video linked above forces the writers and editors involved to put themselves through truly impossible contortions in their writing in order to get their pronouns and genders correct. Their writing is simply unreadable as a result.

That, too, is a direct result of madness and confusion.

We are no longer living in a culture that can claim even the most basic understanding of facts and logic. We are truly living in a land of confusion, in which up is down, black is white, war is peace, and freedom is slavery.

I did not want to write this post- which is why it's been sitting in my Drafts folder for something like 7 months. But a devotion to truth and reason dictate that it needed to be done- no matter how sick it made me feel in the process.

Because, you see, truth doesn't care how you feel about it. It doesn't care whether you cannot stand being exposed to madness in order to reach it. It simply is what it is, and not all of the insanity in the world can change that fact.

One day, not long from now in my view, the truth that men are men, and women are women, and that one cannot become the other, will return to its proper and rightful place within our lives and societies.

But I wonder how much more madness we will have to endure before that happens, and how many more mentally ill and vulnerable people will have to suffer before we do.
Email Post
Labels: altRight culture wars demotivationals feminism human stupidity liberal stupidity office space philosophy politics