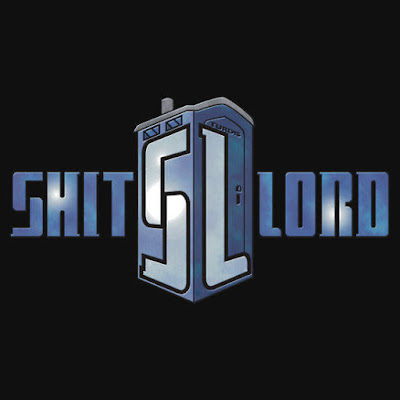 When you really really need to troll someone good and hard, you will not be able to find a finer source of inspiration (or hairstyling tips) than Emperor Butt-Pirate himself:

When I announced I was going to be writing on plus-size Barbie dolls, you no doubt expected me to be wholly in condemnation of the concept. After all, isn’t this just another capitulation to the miserable, loveless “fat activism” set?

You no doubt expected that I’d stand with parents outraged that adult political hang-ups are being forced on their kids. Or focus groups of young girls who unwrapped “Curvy Barbie” only to laugh hysterically and talk about how fat she was. Surely, you’ll have been thinking to yourselves, Milo Yiannopoulos of all people would agree that Curvy Barbie is a blight on our toy shelves — an ugly stubbly beast that will grow up living in Skipper’s spare room running an Etsy store.

But you’d be wrong! Mattel may have foisted Curvy Barbie on us at the behest of feminists, but good things can sometimes happen for bad reasons. Firstly, let’s get the obvious out of the way: I’m gay. The more young girls are encouraged to become fat and unattractive, the better life gets for me. Every step fat-feminism takes towards victory means another wistful glance in my direction from otherwise-straight men. [Didact: God help us all...]

I also note that there has been no change to Barbie’s male equivalent, Ken. It seems he’ll remain a bronzed God, a veritable Michelangelo’s David of the toy aisle. That’s also good for me, because it means well meaning parents will continue to encourage their sons to get to the weight room early. By the time they turn 21, they’ll be just right for me I mean they’ll be well-adjusted, healthy adults who won’t place a burden on western healthcare systems.

The combination of perfect bod Ken with Cellulite Thighs Barbie will also make women complacent. It’ll trick them into thinking that they can let themselves go and still get the perfect guy. Sorry ladies, but I don’t see Brad Pitt marrying Lena Dunham any day soon. [Didact: If that day ever comes, I would say that Angelina deserves full custody of all 47 of their kids. Any man who marries that human-shaped sack of feminist rice pudding, is clearly insane.]

That’s not to say that there won’t be any positive unintended consequences for women as they become more mindful of certain daily occurrences. Single flights of stairs, for instance. Passing people in the elevator. Getting into normal-sized cars without a pry bar. Squeezing into a supermarket to buy cat food and ice cream.

No wonder Milo can't stop winning. He sees everything through literally rainbow-coloured goggles. As a straight man who disapproves thoroughly of a homosexual lifestyle, I nonetheless have to admit that he wields that rhetorical gutting-knife of his with tremendous skill. It really is a pleasure to see a true artist in action.

There are two ways to greet the news that Mattel will make their girly dolls more "realistic". The first is to do what many old-school conservative types would do, and react with annoyance and curmudgeonly ill grace at the rapidly accelerating decline of a once-great and proud culture into insipidity, self-loathing, and spinelessness.

The other, of course, is to do what Milo has done- and gleefully give these idiots the very helpful shove over the cliff edge and into the abyss that they are begging for.

Personally, I think Nero is on the right track. Damning Mattel with enthusiastic praise for a very stupid decision is the fastest way to ensure that this sort of silly virtue-signalling dies a much-needed death. I suspect that this new "plus-sized Barbie" nonsense is not going to last all that long- at least, not among Mattel's key customers.

Yes, you could argue that heftier shrink-wrapped heifers make sense, given the severe fattening of America's population. That trend has certainly not been helped by the rapid influx of millions upon millions of Hispanics across America's porous southern borders; the virtues of Central American cuisine aside, the reality is that Hispanics tend to be heavier and fatter than Caucasians, and there is no getting away from this. As America becomes more "multicultural" (read: divided by both choice and design), companies like Mattel that sell toys to children are going to have to adapt with the times.

Yet, the fact remains that, in the toy market at least, masculine men and feminine women remain the most sought-after toys. Boys buy G. I. Joe, whose bulging biceps and shredded torso have become ever more fantastical and unrealistic over the last thirty years- you might as well call the action figures "Sergeant Trenbolone" and "Captain Dianobol Hauser". And girls buy Barbies- ones with big busts and slim hips and long legs- because that is what girls want to be when they grow up, no matter how hefty their mamas might be.

I am quite confident that, eventually, human nature will simply take its course, and yet another one of these stupid and pointless exercises in "racial and cultural sensitivity" will die a much-needed death. And when that day comes, shitlords like Nero will look upon the wreckage with a knowing smile and say, "I told you so".
Email Post
Labels: demotivationals douchebaggery fat girl jihad liberal stupidity masculinity office space RACISS SEXISS