The Deep State in panic-mode 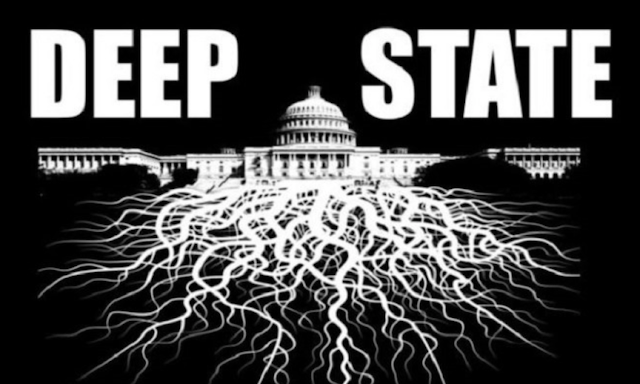 I woke up this morning to discover that the Department of Justice, under Attorney General William Barr, has dropped all charges against a certain General Michael Flynn:

After Trump won, Flynn shaped the national security policies of the incoming administration and was picked to serve as National Security Adviser. In that capacity, he held conversations with foreign officials, including then-Russian ambassador Sergey Kislyak.

Flynn’s conversations with Kislyak were picked up by wiretaps of the ambassador, and his name was “unmasked” by Obama administration officials in transcripts of the conversations, which were leaked to the Washington Post. At the same time, the Obama Department of Justice investigated Flynn under the Logan Act of 1799, which prevents private citizens from conducting diplomacy but is rarely enforced.

Though the FBI found no evidence of wrongdoing — as shown in documents produced by the FBI to Flynn’s lawyer, Sidney Powell, last week — senior officials kept the case open.

Then-FBI Director James Comey sent FBI agents to meet with Flynn informally at the White House, hoping to trap Flynn into lying about his conversations with Kislyak.

The controversy concerned a question about whether Flynn discussed the Obama administration’s sanctions against Russia for election interference. Flynn allegedly denied doing so, though the transcript suggested that he had.

Flynn resigned from the administration after apparently misleading Vice President Mike Pence about his conversations with Kislyak.


Now, that is in and of itself great news. The case against General Flynn was always astonishingly inept and every subsequent bit of evidence and information that came to light served to weaken the FBI's case against the man.

And now, yet again, His Most Illustrious, Noble, August, Benevolent, and Legendary Celestial Majesty, the God-Emperor of Mankind, Donaldus Triumphus Magnus Astra, the First of His Name, may the Lord bless him and preserve him, has been thoroughly VINDICATED.

I've said it before, I'll say it again, and I'll keep saying it for as long as the God-Emperor is in power (hopefully all the way through to 40,000 AD):

DO NOT bet against the God-Emperor.

But this isn't the only bit of good news in the war against the Deep State. Breitbart has been full of such stories today (well, yesterday, by the time you read this). It turns out that one of the spies assigned to George Papadopoulos, former campaign aide to the God-Emperor, is a raving anti-Semite and rabidly anti-Israeli:

The 206-page transcript captured conversation between Papadopoulos and an unidentified CHS, seemingly across one continuous episode on November 26, 2016. Papadopoulos worked as an assistant on President Donald Trump’s 2016 campaign

Papadopoulos is code-named “Crossfire Typhoon” (CT) throughout the transcript and referred to as such by an unidentified FBI agent at the beginning of the transcribed recording.

The CHS is quoted as saying, “No fucking Russians here that aren’t fucking…same with the Israelis they’re all fucking spies. Those fucking cocksuckers. They should execute them all.”

“I can smell an Israeli from a mile away, dude,” said the CHS in another moment. “I can tell you who is fucking Israeli.”


Interestingly, it appears that the Confidential Human Source that was trailing Mr. Papadopoulos is named Jeffrey Wiseman - and as far as I know, the etymology of that name is Weissman, which is to say, the guy in question is likely to be a Small Hat himself.

In other words, these people are so twisted, so evil, and so messed up, that they hate their own people.

Oh, but wait, there's yet more.

Remember the rather rotund former governor of the Armpit of America, Noo Joisey Governor (and Pillsbury Doughboy body-double) Chris Christie? The fatass who ran for President against His Eternal Celestial Majesty, the glorious God-Emperor? And who lost quite badly, but ended up being a pretty strong supporter of Trumpus Rex?

Well, back in early 2014, he got caught up in a bit of a scandal that eventually became known as "Bridgegate". Two of his aides were investigated, prosecuted, and convicted by the Odumbass Justice Department.

The aides in question went through the nigh-on-endless American appeals system, and finally their cases were heard by the Supreme Court of the United States - which just voted unanimously to throw out the convictions:

The Bridgegate scandal emerged in early 2014 after Christie was re-elected overwhelmingly in November 2013, with bipartisan support. It was alleged that aides to Gov. Christie ordered lane closures on the road leading to the George Washington Bridge in Fort Lee, New Jersey, possibly as retribution for the mayor’s refusal to endorse Christie for re-election. Several were investigated and convicted by the Obama DOJ.

The scandal also dented Christie’s presidential prospects, which had looked bright after his re-election.

But on Thursday, the Court unanimously overturned the convictions of Bridget Ann Kelly and Bill Baroni. Justice Elena Kagan, writing for the Court in Kelly v. U.S., said that whatever the bad actions or motives the aides may have had, they could not be prosecuted under federal fraud statutes because they had not sought money or property. The law, Kagan explained, does not criminalize “all acts of dishonesty by state and local officials.” She added: If U. S. Attorneys could prosecute as property fraud every lie a state or local official tells in making such a decision, the result would be—as Cleveland recognized—“a sweeping expansion of federal criminal jurisdiction.”


One after another, the Deep State constructs are falling down like dominoes. Make NO mistake, brothers - this IS the God-Emperor's doing. He IS acting upon his promises. And he IS terrifying the shit out of the servants of Lucifer that have tried so hard to destroy him.

At this point, anyone who still believes that the God-Emperor is not, in fact, a Divinely protected figure is in outright denial. This is no ordinary man that leads America. He makes big mistakes, certainly, and he will rightly be held accountable for them - but he is just a man, though an extraordinary one by any reckoning.

Pray for him, because he needs those prayers and the protection that they afford him. He is perhaps the only leader that can steer America through its current crisis - and he is FAR better than America deserves right now.

As for the Deep State - well, it's easy to see the extreme panic that its creatures are experiencing right now, if you know how to look for it. You can see it in the massive amount of anger and vitriol that they spew every single day against the God-Emperor and his supporters, and you can feel their desperation as they try to use any tactic that they can to spark off a cataclysmic war between the various factions that are re-establishing themselves as nations.

Their rage and fear are mounting - you can feel it. And they can too. They know quite well that they are closer than ever to achieving their end goal of total domination over Mankind through government oversight, which is why a number of Daemoncratic governors and mayors are resorting to literal police-state tactics to keep people indoors, cowed, and dependent upon the state.

But they will fail. They always do.

Things are going to get mighty interesting over the next few months - mark my words, lads. Prepare yourselves for what is coming, as it will almost certainly involve a massive showdown between the Deep State and the God-Emperor's forces, out in the open, around the time of the election. The Deep State knows that is their last stand, because if the God-Emperor is reelected, whatever restraint that he felt he needed to exercise, will likely be gone.

The only thing that will stop him from exacting true vengeance upon the Deep State will likely be his one weak spot: his daughter Ivanka, and less directly her husband Jared Kushner. Both are globalists, and both are fools because of it. If the God-Emperor can be said to have a true weakness, it is not his penchant for beautiful women or high-society parties or the glitz and glamour of New York F***ing Shitty - it is his daughter, his favourite child.

So buckle up, boys. The ride is going to get plenty bumpy in the days ahead.