Well, gents, it's been another rough weeks of broken dreams and painful conflicts for many of us, mine own good self included. But spring is very much underway, and you can see the results of that growth and change all around us right now. Parks and sidewalks that were bare and bleak just six weeks ago are suddenly green, vibrant, and bursting with life.

That is perhaps an apt metaphor for what we are seeing happening around the Western world today as well.

People are finally getting fed up of the restrictions and nonsense that their own governments have imposed upon them. In the name of keeping them "safe", governments have instead perpetrated colossal abuses of their powers to shut people in their homes and make them completely dependent upon public welfare for mere survival.

This is exactly what governments want. This is what they have always wanted. It does not matter whether you are in the USA or the UK or Germany or France or Italy or Spain or Russia - government officials ALWAYS think exactly the same way.

They always think that the free enterprise economy is too "messy" and complicated, and needs thorough regulation in order to be "successful". And who provides that oversight, wisdom, and direction? Why, government officials, of course!

These people have NO ABILITY WHATSOEVER to run a business on their own. They know it, we know it, and they don't give a crap what we think. They have the power, they have the guns, and they have the ability to do whatever they want.

Or so they thought.

In multiple American states, and in many American towns and cities, there is a growing push against the stupidity, venality, and lunacy of state and local shutdown orders. Business owners are reopening of their own volition, and in violation of standing government orders.

This is a VERY Good Thing.

I have maintained for months now that the Chinkin Pox is a vastly overhyped threat with a mortality rate far closer to that of a really bad seasonal flu - and even that comparison is not accurate because we have vaccines for influenza which may or may not be effective in a given year, and we don't really have very accurate flu death data either; most of what we see in terms of "flu deaths" every year are projections, not hard counts.

The business owners who are opening up and getting back to work are doing precisely what entrepreneurs have to do: they are taking risks and assessing the rewards, and they are putting in whatever precautions they think are necessary in order to protect themselves and their clients.

Mark my words: because of men and women like that, the US economy will come roaring back once these insane shutdown orders are lifted. And they will be lifted, one way or another. Governors like Gretchen Whitmer, J. B. Pritzker, Janet Mills, Gavin Newsom, Andrew Cuomo, and Tom Wolf are going to get reamed if they continue to destroy their state economies and act like flagrant hypocrites. So too are city mayors like New York F***ing Shitty's Bill De Blasio and that horrid ugly woman from Baltimore.

Their political self-immolation cannot come fast enough at this point. And if they decide to suppress their citizens using force... well, that's why Americans have the Second Amendment to the Constitution of the United States. And thank GOD for that.

Freedom is a wonderful thing. It must be preserved and fought for. Anyone who ever thought that the price of freedom is cheap, is going to be in for a very rude awakening very soon.

Anyway, enough philosoposing - and that's not a typo. Let's get to the real reason why you're reading this post.

This week's closing Instathot is named Corrie Yee, age 28 from Los Angeles, Commiefornia. She's apparently known as something of a party girl - not surprising given the hip tattoo - and there is absolutely no doubt that she has been plasticised in some way. But that's hardly surprising. It is difficult to imagine coming across a girl from southern Commiefornia who isn't in some way "artificial", these days.

Happy Friday, boys. My message to you remains the same as always: do not lose hope, faith, or love. We will live to see the days of vibrant green life. We will see shops reopen, restaurants come back, and jobs regained. And we will look back at all of this, with fury and rage at what has been done to us, and exact bloody vengeance for what they did. 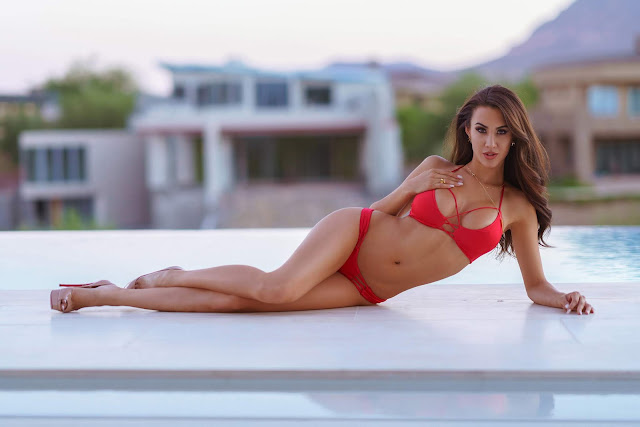