Another week gone, and it's been another nutty one for all of us. Our Benevolent Government Overlords continue to tell us that it is necessary for our own safety to keep us cooped up and going stir-crazy, despite mounting evidence that general lockdowns do little to stop the spread of the Kung Flu and actually end up doing far more damage than the Chinkin Pox ever could.

Already we are seeing suicide rates soaring in the USA, the UK, and Australia due to people losing all of their money, their livelihoods, and any sense of hope that they have left. We are seeing hairdressers being tossed in the clink simply for reopening their businesses so that they can feed their own families, and the families of their employees. We are seeing police given unprecedented powers to crack down upon free peoples exercising their own rights as law-abiding citizens.

If one were of a conspiratorial bent, one might just be tempted to think that something out there is seriously dicking with us.

Yet there are plenty of signs of hope and optimism, even in this dark time.

The Deep State is very clearly in a state of desperate panic. While I do not believe in the notion that the Swamp Creatures were the real culprits behind the spread of Corona-chan - indeed, I thoroughly reject that notion, simply because I know a thing or two about how the Chinese operate and how incompetent most governmental agencies actually are in a crisis - I do believe that the Deep Staters saw the Commiepox as a great opportunity for them to cement their subversive takeover of power.

But that isn't happening - at least, not in the USA.

So do not despair, brothers.

I know it's hard to hope right now. Believe me, I KNOW. My own sense of hope and faith has been greatly dented and diminished at times, as I face my own very severe personal tests. But hope, faith, and especially love will guide us through these very hard times, and we will come through it all with our faith in Our Lord and His Son intact.

Never forget, brothers, that it is our duty to defend that which is Good, Beautiful, and True. So do not flag or fail, do not be saddened or disheartened, and do not worry too much about what is to come. Things WILL get better. And they will get better faster than any of us can anticipate.

Speaking of that which is beautiful, if not good and almost certainly not true, let's get to this week's closing Instathot.

Her name is Jessica Bartlett, age 23 from Commiefornia. (Yeah, I know, a lot of Crazyfornians of late - rest assured that we'll be back to business as usual with less-crazy Eastern Europeans soon enough). Unusually for an Instathot, this one actually would be able to wear a shirt with this kind of slogan inscribed across it without irony, because she holds a BA in Political Science from UC Berkeley.

Yes, admittedly, this isn't exactly a great achievement, given that Political Science these days consists of little more than writing essays consisting of WESTERN CIVILISATION BAD!!!!! repeated in size 48 font for about 20 pages, but hey, that's more than can be said for most of her kind.

Happy Friday, boys. Keep the faith, things are turning around slowly - very slowly - but surely. And we're going to get through the worst of this madness soon. 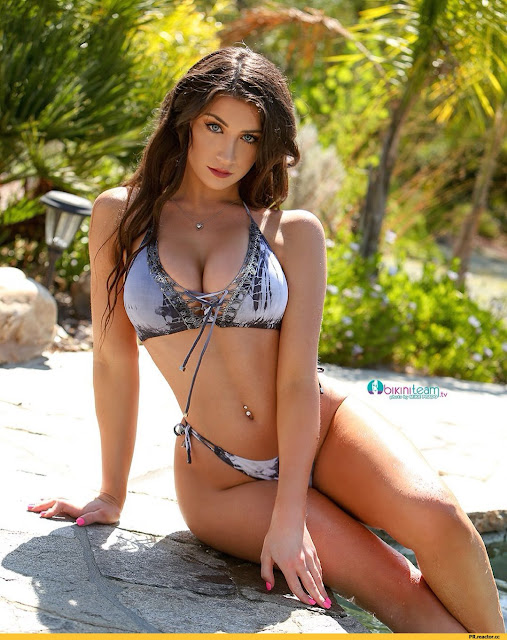