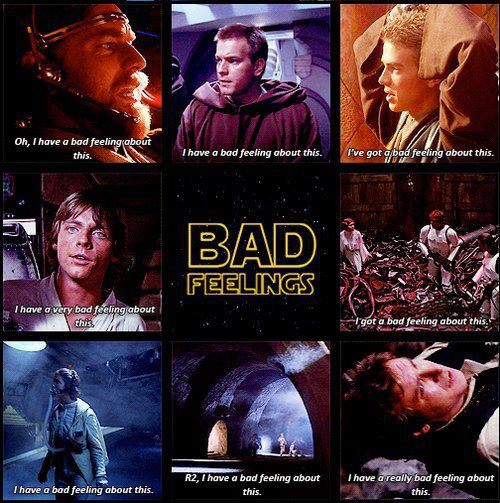 The first critical reviews for The Fall of Skywalker are in, and... holy shit, man:

That screenshot was taken at about 6am EST. This was at least a day after STAR WARS Episode IX: The Fall of Skywalker had debuted to its full cinematic premiere. There was an embargo on all official reviews by the Devil Mouse until the major theatrical release, which is today, December 19th.

And when that embargo was lifted, the critical reviews for this movie clocked in at... 56%.

To understand why this is such a colossal disaster, consider the fact that the previous putrid stinkbomb in this saga from the Devil Mouse, The Last Jedi, is currently sitting at a 91% score on Rotten Tomatoes - but has an audience approval score of only 43% or so.

In other words, fans absolutely hated the movie, and the box office numbers certainly reflected that fact. But the critical coverage for it was fawningly positive, and that was basically because the critics loved the fact that the film was so utterly subversive of just about every expectation that fans had.

With this film, though, there is nothing left to subvert because Rian Johnson did such a thorough job of destroying everything good about the saga in the previous one.

All that J. J. Abrams can do is stick the landing here - and he can't do that because he is in fact VASTLY overrated as a director and writer.

Yes, he has done some cool stuff in the past - Cloverfield comes to mind. But virtually everything that he has done has been highly derivative and largely a pastiche of previous works, most of which were far superior to anything he managed to pull off.

And that is before we get to the fact that The Last Jedi painted this film into a corner with its profoundly stupid, ridiculous, and pointless plot.

There is literally nowhere for this film to go but down - except where critics scores are concerned on Rotten Tomatoes, obviously, because we know quite well that the site monkeys with its own ratings in order to prop up movies that the studios want to see perform well:

None of this changes the fact that the film started at a 56% rating - from critics, most of whom were presumably very friendly to the Devil Mouse and could normally be counted on to give even the smelliest turd shat out by them a positive review.

This indicates that the film is so bad, so gut-wrenchingly awful, so mindbendingly malodourous, as to make STAR WARS Episode I: The Phantom Menace look like a cinematic masterpiece by comparison.

Can I just remind you, by the way, that The Phantom Headcase involved podracing, endless exposition about trade disputes, all that Macguffining about midichlorians, and, as if all of that wasn't bad enough, JAKE FREAKIN' LLOYD as Anakin Skywalker?!?!

HOW BADLY DO YOU HAVE TO F*** UP IN ORDER TO MAKE THAT MOVIE LOOK GOOD BY COMPARISON?!!!!

Midnight's Edge has a good breakdown of the ruinous plot of this appalling trainwreck of a film:

So, that's it, gents. It's all over. STAR WARS is dust. History. Done.

Hold on to the great memories of the original trilogy. Preserve the few moments of the prequels that were really great - including the final duel between Anakin and Ben Kenobi, which was - no two ways about it - EPIC. And enjoy the nostalgia trips that come from watching The Mandalorian - although if you're paying to watch it on DevilMouse+, you need to have your head examined.

The saga is dead. And good bloody riddance to it.