Friday again, and thank God for that - unless, of course, you happen to work at Google, because it was revealed late on Wednesday (US time) this week that the Googliath is in fact basically a wing of the Democreep Party now.

I mean, it's not like it wasn't obvious before that Googlers are by and large operatives of the Hard Left, but it has become more obvious than ever that they will now do everything in their power to influence elections and misinform voters. Their crimes are now laid bare for the world to see. Whether anything will come of it is an entirely different question, of course.

In the meantime, though, as I said - it's Friday, and y'all know what that means: hot girl of the week.

For this week's pick I decided to venture a bit farther south than I have in past versions. This weekly segment is typically pretty heavy on Eastern Europeans, Brazilians, Colombians, Thais, and of course Caucasians. But, for the sake of novelty and in the spirit of adventure, I thought I would broaden my search a bit and look for women from elsewhere in South America than just Brazil.

So I started looking at Argentina. And I think this might actually be a bit of an untapped resource, in all honesty.

You see, Argentina is quite possibly the most Europeanised of the South American colonies. The Chileans might be inclined to differ, but the fact is that some 97% of Argentines are of European or partially European descent. Between 1857 and 1950, Argentina received a huge wave of over 6 million immigrants from European nations - mostly Spain and Italy, with plenty of French and German admixture thrown in for kicks. There are also quite a few Arabs running around in the mix, for whatever reason.

All of this combines to result in some of the most Spanish-looking non-Spaniards that you will find anywhere. And if you know anything about Spanish women, you will know that they are... well, quite fetching when they want to be.

So here is an Instagram girl by the name of Pau Alonzo, straight from Argentina. As Instathots go, she seems to be one of the better ones. She isn't a ginger, so I know DB will be disappointed, but she does have freckles. So, y'know, there is that. If you're into freckles, that is.

Happy Friday, boys. Enjoy the weekend and take it easy - and for those of you in the Carolinas, my thoughts and prayers are with you. As the God-Emperor said, be prepared, be careful, and be SAFE. Despite the silly title of today's post, I know y'all got hit by a real monster of a storm, and I know that several of my readers live in its path. Let me know in the comments, or via email once things clear up a bit that you are safe and well. 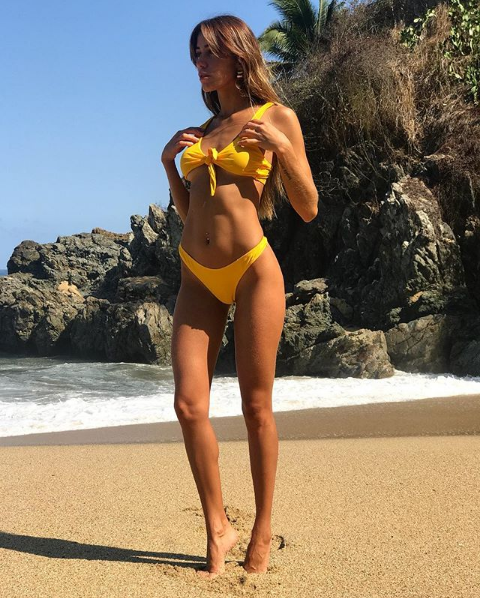