The hardest job there is 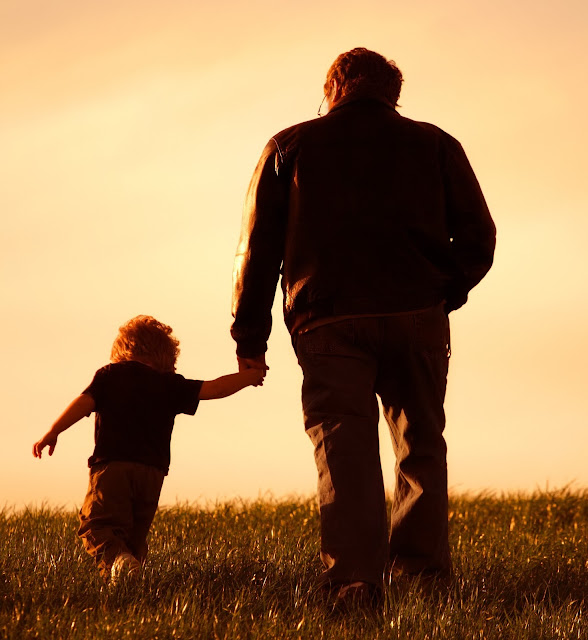 If you can talk with crowds and keep your virtue,
Or walk with Kings, nor lose the common touch;
If neither foes nor loving friends can hurt you,
If all men count with you, but none too much;
If you fill the unforgiving minute
With sixty seconds' worth of distance run,
Yours is the Earth and everything in it,
And what's more - you'll be a Man, my son!
-- From "If-" by Rudyard Kipling

I arrived back in the old country about 15 hours ago, on an absurdly timed flight that landed before 5am and involved traveling on a packed aircraft full of some of the worst types of airline passengers that you will ever run into.

But it was not all bad, for in spite of the miseries of air travel, the acute lack of sleep, the overcrowding, the noise, and especially the heat and humidity, I came home to see my parents.

Now, let's be clear about something: this country is not my "home", even though my passport says it is. I spent only the first five years of my life living here, and barely remember any of that time. I do not speak any of the local languages and do not understand, or much care for, the customs. My sensibilities and values are thoroughly Western and, if I may be so bold, at least somewhat Christian, at this point. Living in a pagan country is not really my idea of fun even at the best of times.

Nor is this city my "home". I felt more at home in Moscow and St. Petersburg than I do here. In most European and American cities, I can go for a nice long rambling walk without any problems, I can take a simple stroll down the street to buy a pint of milk without it turning into an expedition, and access to public transport is simple, straightforward, and easily arranged. People have actually heard of things called "gyms" in those countries - here, not so much.

However - whatever house my parents are living in, that, as far as I am concerned, is my home.

And wherever my father is, no matter what, no matter his condition, is the place that I go to in order to remember who I am and the values that I was taught.

For today is Father's Day around the world, where we take a few moments to say thank you to the most important men in the world, the ones whose genetic legacies we carry forward, the men who brought their own sons into the brotherhood of men.

I have made something of a tradition out of acknowledging this day - that is, if you can call a habit that stretches back all of, say, three years a tradition, anyway. No matter what, though, it is something that must be done, for fatherhood is quite simply the hardest, most challenging, most emotionally fraught job that any man will ever take on.

No man should become a father lightly. There is no greater burden than caring for children - and especially for sons, who need role models with strength, integrity, wisdom, character, grit, and no small amount of discipline to turn them into men.

A father is much more than just a donor of biological material. If that were all that there is to fatherhood then there would be no need for sons to have strong emotional bonds with their fathers. There would be no need for them to grow up under the watchful eyes of the men who stand ready to administer the harsh rod of discipline whenever necessary, and yet also lean down and lend a kindly hand and a word or two of encouragement as required. Sons could grow up without their fathers and be just fine.

We know, however, through more than fifty years of experimenting with the disaster that is single-motherhood, that sons from fatherless homes become directionless and destructive. We know that they have much higher school dropout rates, that they are much more likely to get hooked on drugs and alcohol, that they are likely to become sexually active (and irresponsible) at a much younger age, and that they are far more likely to go to prison and die younger than men raised in solid conservative two-parent homes.

And the sad reality is that fathers are becoming an endangered species, at least in Western (and actually to a large degree Eastern European) societies.

This is nothing short of a catastrophe. Without fathers committed to taking up their glorious burden, without men who stand ready to pass on their hard-won wisdom and knowledge to their sons, so that they may in turn pass it on to their sons, the mechanisms by which the values and ideals that sustain a civilisation are kept alive simply break.

Being a father requires a man to do something that seems initially contrary to his own genetic programming. He must subordinate his own well-being, his own survival, his own material comfort, to the needs and wants of his woman and their children. He must strive and sacrifice and work in order to ensure that his descendants are well taken care of.

He must tolerate sleepless nights and dreary days to build a comfortable life for those that he loves. He often has to put up with great hardships of mind and body to achieve those ends. The fruits of his own labours are not his to spend as he pleases but instead must be carefully apportioned out, for they now have to sustain him and his family.

Though he may wish it were not so, he will be called upon to administer justice and discipline to his errant offspring when necessary. He may well want to be a friend and a buddy to his boys, especially - but sons do not need their fathers to be their friends. Sons need their fathers to set them straight when they go wrong - and sons will go wrong from time to time.

Though he may like to pretend that he can always keep his daughters safe from harm, he knows deep down that someday they will grow up and go beyond his ability to protect them.

When they hurt, he hurts with them. When they lose their jobs, when they are injured or in pain, when their dreams and aspirations come crashing down around their ears, he has to suffer with them - and in some ways his suffering is worse, because there is nothing that he can do to spare his loved ones their pain.

A real father has to show his son what it means to be a man - and the best kind of father has to make the distinction between being a good man, and being good at being a man. The two are not the same thing and far too many modern Churchian fathers have led their sons astray, to their own everlasting shame, by pretending that the two things are the same.

Being a good man means showing up on time, being polite, being honest to a fault, carrying out one's responsibilities, and shouldering life's burdens with minimal fuss and complaint.

But one can be a good man, and still be weak. There are plenty of Churchian Beta males out there today who are good men, yet are still weak and pliable and easily led by others, who do not stand up for themselves, who do not put their wives in their places when it is needed, who do not discipline their sons and daughters, and who simply cannot be relied upon to uphold the truth of the Word of God.

Being good at being a man means being strong, courageous, honourable, and masterful. Such a man knows how to take command and lead, to get things done, to protect his tribe and his people, and to make hard choices when necessary in order that his people might survive.

But one can be good at being a man, and still be an utterly immoral piece of human trash. There are plenty of young men in prison today who embody all of the highest masculine virtues of strength, courage, mastery, and honour - or at least, honour as defined within the code of conduct by which their gang or tribe lives - who are nonetheless brutal murderers, thieves, rapists, and thugs.

To be a father, a real father, is to accept the need to guide one's son between the Scylla of highly masculine but immoral men, and the Charybdis of well-meaning but spineless men. To be such a man requires teaching one's son how to be strong, how to face the world and its trials with calmness under fire, to stand up straight, to look his fellow men in the eye, to give a firm handshake and a confident smile, to know the basics of masculine grooming and hygiene, to know how to catch and throw a ball, and a thousand other small and big things besides.

I return to my father's house because I have to, because things did not work out in my quest to stay in the United States, at least for the moment. There is a profound and very personal sense of failure in that return, caused by the fact that my father is the man against whom I have always measured myself; it is impossible for me to look at his life, his career, and his accomplishments, and not feel a terrible sense of having let him down very badly.

Yet not one word of reproach has passed his lips on the subject. Though he can see that I am in pain, he does not offer banalities meant to soothe away the loss. Though he knows full well that I have no desire to be here, having lost my independence and just about everything that I hold dear, he offers the support and love that only a father can give a son - from a man with age, wisdom, and experience, to a younger man struggling to make his way in the world.

That is what a real father is - a pillar of strength, a beacon in the howling darkness, an example to follow.

He is, quite simply, a man who has carried out, however imperfectly and with however many mistakes along the way, the single hardest job that any man can ever face.

Why do such men do it? That is simple: because there is no greater reward for a father than to see his son carry on his name forward through time.

For, though it is the hardest job a man can do, it is also by far the most rewarding.

This day, let us take a moment to acknowledge those men who made us into the men that we are today - for better, and for worse.