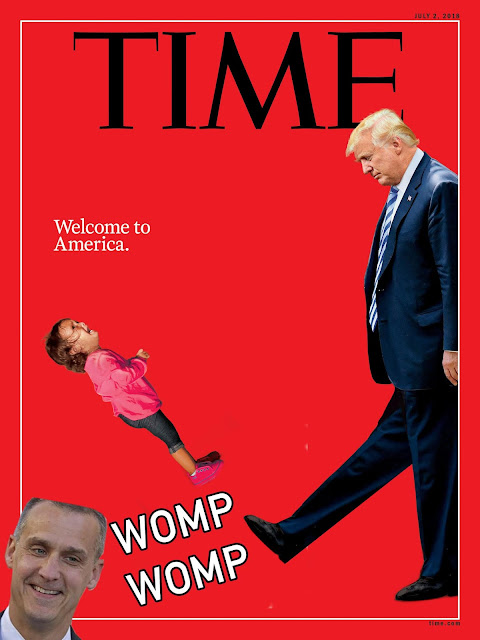 Former campaign manager for the God-Emperor goes on Fox News opposite a former DNC senior adviser to debate this whole issue of poor little migrant CHILDREN!!! being ripped away from their parents at the American border.

I want to raise a glass of fine single-malt Scotch - Macallan Estate Reserve, no less, the really good shit, bro - to Mr. Lewandowski tonight. Someone should get him a medal post haste for having BIG brass balls.

Because, in all honesty, here is the reality of the situation with respect to children of illegal aliens being taken away from their parents:

I don't give a damn about them.

Yes, this is heartless and callous. Yes, this sounds horrid.

Let us put aside the fact that the iconic image of a little Honduran girl supposedly being taken away from her mother by those eeeeeevil US Border Patrol agents is actually completely and totally fake news.

Let us also put aside the fact that liberals only actually care about illegal aliens because they want to fundamentally alter the voting and power structure of America, not because they actually have any real compassion for anybody. If they were actually about compassion, they would feel compassion for the actual Americans of the southern border states who are now dealing with the consequences of an invasion of their own sovereign territory.

I am beyond caring about poor miserable Hondurans, Mexicans, Nicaraguans, Venezuelans, Panamanians, or anyone else from the less pleasant parts of Central and South America. America is not responsible, by and large - the odd CIA-backed coup and paramilitary action notwithstanding, I will admit - for the fact that those countries are, by and large, "shitholes", to borrow an alleged (and epic) phrase of the God-Emperor's.

I am quite beyond caring about people who break America's laws with impunity, flooding into the country and expecting to be given handouts just for showing up.

I have no interest in listening to any more sob stories about hard-done-by illegals who seem to think that the rules by which their own countries operate when it comes to borders and sovereignty, somehow do not apply to the USA.

And that is why I am chuffed to bits by what Mr. Lewandowski said.

His simple "womp womp" was one of the most brilliantly effective rhetorical devices that I have ever seen in public debate.

He reduced his counterpart to, essentially, incoherent frothing rage, using just two words. And that triggering mechanism is precisely what we in the Hard Right need to start using, wherever and whenever possible.

The Left is losing their grip on the Narrative. They keep trying to gin up manufactured outrage about things that, when looked at in any halfway rational light, are actually mostly non-issues. They keep trying to obstruct the God-Emperor's epic agenda of epic epicness, when in reality we are STILL NOT TIRED of WINNING!

And the more that people realise that they are being lied to and ripped off, the tighter and more desperate will become the grip of those who dream themselves to be our masters.

The key to destroying them is to mock them. Mercilessly, thoroughly, and repeatedly.

I am beyond giving any shit about illegal aliens being "mistreated" by US immigration authorities. As far as I am concerned, the Great Southern Wall needs to be built, at least 30 feet high, with machine-gun ports every few hundred metres - and anyone stupid enough to try to invade the United States needs to be shown the business end of a Bushmaster on full auto.

The next time some bleeding-heart liberal brings up some supposed tear-jerker of a story, do not bother debating xir. Instead, just utter two words:

And then hand over to xhim the following bumper sticker: 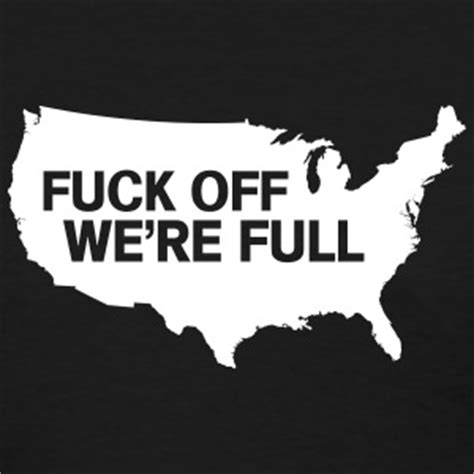