The wife of the God-Emperor certainly knows how to get into the festive spirit for Christmas:

It was all about family this Christmas for the Trumps, who gathered at Mar-a-Lago in Palm Beach to celebrate the holiday.

President Trump was spotted smiling while posing for a photo alongside granddaughter Kai and grandson Spencer on Sunday night at Christmas Eve dinner.

The following day Don Jr. shared a picture of daughter Chloe and son Donnie enjoying time with their great grandmother Marie Zelnickova at the private club.

Marie is the mother of Donald's first wife Ivana, who is believed to be in Palm Beach as well this holiday.

President Trump's third and current wife Melania also showcased her holly, jolly mood by posting a selfie of herself in an elf hat, writing: 'Merry Christmas!'

She doesn't look half bad in an elf hat either: One can fault the God-Emperor for many things- though personally I think he is the #WINNING-est POTUS that the USA has had since the halcyon days of St. Reagan himself.

But one cannot fault him in his choice of wife and now First Lady. Melania Trump exudes class, grace, style, warmth, and effortless charm- and in her mid-forties she is prettier and more feminine than a lot of women half her age.

Also- and I know this is kind of against the whole spirit of Christmas involving goodwill to all men (and women)- remember the sheer amount of liberal butthurt that took place when Ben Garrison published this hilarious cartoon? 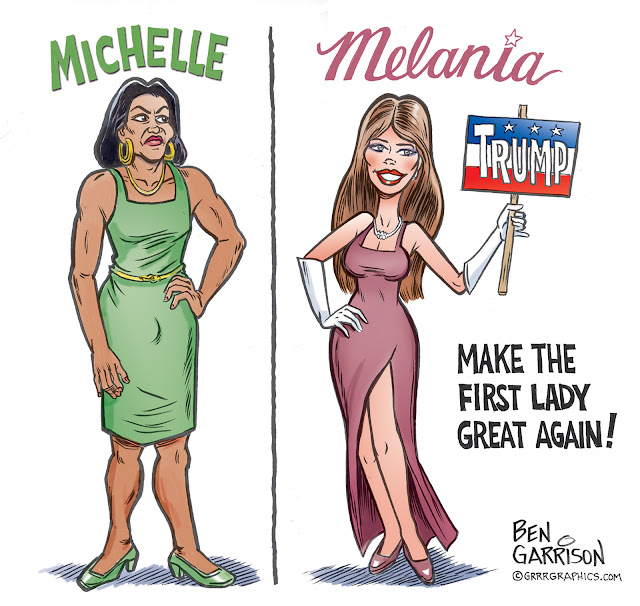 Turns out that Mr. Garrison was right on the mark.

Yeah, I know, it's kind of a cheap shot- but it's also very funny.

It is actually a pleasure to watch and listen to the current FLOTUS go about her official duties and engagements- even if, like me, you find her voice to be a little too nasal.

Given his genetics- God-Emperor of Mankind for a father, supermodel and incredibly stylish goodwill ambassador for a mother- Barron Trump may well turn out to be the Chaddest of Chads ever to Chad the Earth when he grows up.

I wouldn't be too surprised to wake up twenty years from today to find him guarding the BIG BEAUTIFUL WALL that his father built while riding atop a mechanised T-Rex wielding a chainsword in one hand and a Storm Bolter in the other as a gorgeous nubile supermodel of Colombian and Russian ancestry clad only in a bikini three sizes too small for her clings lovingly to him, watching as he he scythes a path of righteous destruction through the hordes of rabid xenos attempting to invade through the southern border.

Brothers, I dare you to tell me that you wouldn't read that story.

I even know what to call it, too! BARRON THE BARBARIAN!!! 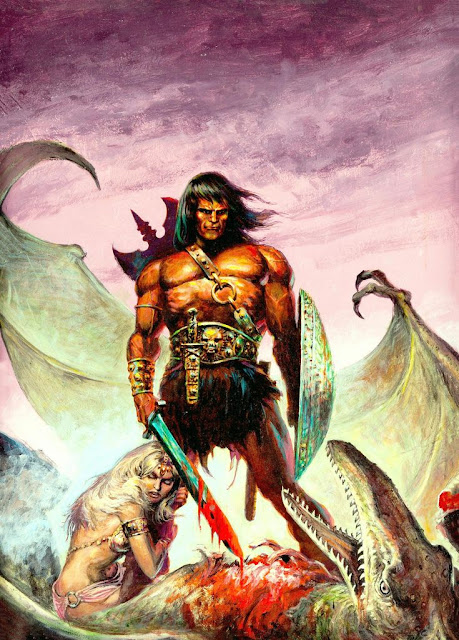