Just when you thought the Left couldn't get any more retarded and ridiculous:

That's right, my friends. The losers on the Left who made such complete asses out of themselves in the aftermath of the God-Emperor's epic victory nearly a year ago, have now decided that the best way to remember their terrible defeat is... to throw another gigantic hissy fit.

You just cannot make this shit up.

And here I thought that PRIMAL SCREAM was simply the name of a rock band. Apparently this is what the Left now considers an "argument".

Come November 8th this year, every major metropolis in America is going to be ringing with the anguished howls and screams of demented SJWs who have to deal with the fact that Donaldus Triumphus is, in fact, President of the United States of America, that the Hilldebeast was vanquished, and that they just cannot believe that shit!!!

As for you and me, this is going to be beautiful.

Please don't make fun of these idiots for doing this, if you happen to know them personally. Encourage them instead. It will be much, much funnier to watch these morons howl into the night sky, as if doing so will actually, y'know, do anything, than trying to persuade them through reason and calm dialogue to stop acting like such a bunch of retarded children.

The fact is that President Trump will still be President the next morning. And he will undoubtedly have some extremely funny tweet to send out on the subject when Nov. 9th rolls around. And the SJW-dominated Left will still be a bunch of violently stupid losers who are terrified at the fact that they are losing their once-vicelike grip on the narrative and the culture.

There are days when I think to myself that Western culture richly deserves destruction and doom- such as the day that I got back from my travels in Eastern Europe. (Oh yes. I did in fact go there. Pics to follow.)

And then there are days like this one, when I see yet again that the good Lord does, in fact, have a very funny sense of humour, and that He does, indeed, love His shitlords very much. 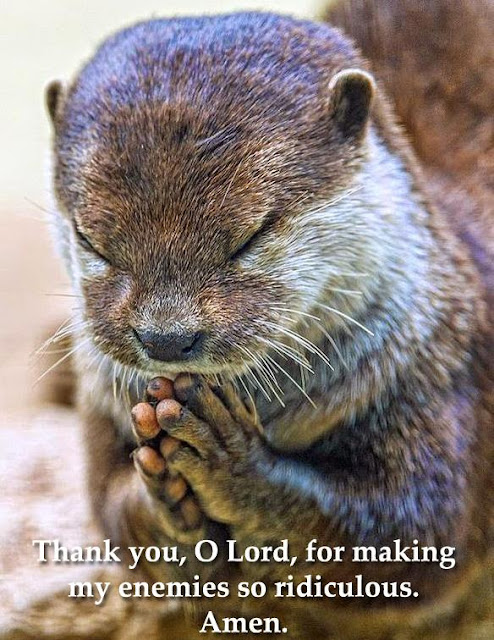