Friday T&A: Around the World in 11 Girls Edition

Welcome to another Friday evening, boys. We are coming up on Halloween- or, as I rather prefer to think of it, HELLOWEEN- when all the little warlocks and ghouls and assorted adorable little beasties will wander around our neighbourhoods asking for candy.

Speaking personally, I'm rather in favour of this tradition, born as it supposedly was out of an agreement between the Emperor Constantine and the Celtic peoples of the Western Roman Empire that allowed the Celts to keep their "day of the dead" tradition alive. The idea was to ward off evil spirits by dressing up in macabre outfits.

But that's me. I'm kind of a traditionalist in most regards.

Fortunately, I am also a keen student of the female form. And as such, I present to you the following selection of bodacious babes from around the world as my own special way of honouring the ancient traditions. We start with some cosplay babe who might be from Japan- since we are coming up on HELLOWEEN, after all- and continue on with an assortment of HAWT chicks from all over the place.

Happy Friday, boys. Crack open a good Oktoberfest beer and toast to all of the thots out there who give chaps like us a great view whenever they stumble drunkenly out of whatever stupid costume party that they just attended. It's always worth remembering that, in certain parts of America (and the rest of the world), if you say "trick or treat" on a street corner, you'll end up with a girl named Candy... 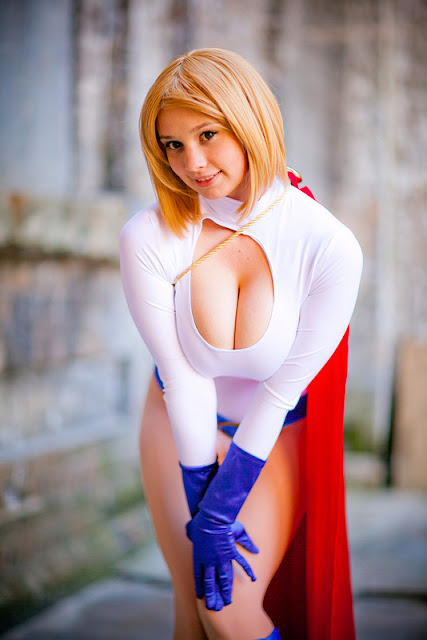