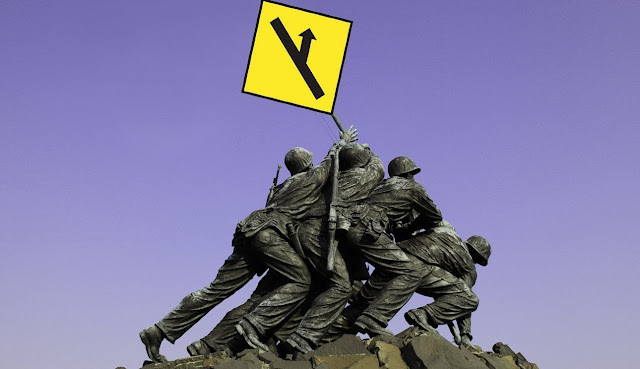 A recent attempt by the Daily Mail to get women to blame men for being a bunch of regressive knuckle-dragging goofy unwashed slobs (I paraphrase minutely) ended up backfiring spectacularly when, in a rare attempt at balance and honesty, the same newspaper asked men what they think of modern women:

So why, you might wonder, has Chris joined the growing band of British men, old and young, who have sworn off women for ever?

It’s simple, he says. There simply aren’t any good women out there.

‘I have given up. I have many female friends, [that is a mistake- men and women cannot be friends outside of very, very specific exceptions] but I can’t be bothered to deal with all the hang-ups and complications other women have,’ he says.

‘Often, at my stage in life, many of them are divorced and seem full of bitterness and anger.’

That’s certainly not the only complaint single men such as Chris direct at potential female partners they meet.

Indeed, after the Mail recently recounted the stories of attractive single women who appeared to have everything, yet said they still couldn’t find a decent man, there was a significant backlash from male readers.

Men told us in their droves that it wasn’t they who were to blame — but women.

They insisted romances failed today, not because of male laziness and a lack of attention to their physical appearance as claimed, but because women are picky and demanding divas, who either treat dates like job interviews or are all too keen to leap into bed.

Above all else, though, men said women are increasingly status and money-obsessed. While they might be full of the entitlements of feminism and happy to preach the necessity of equality, men said the opposite sex were simultaneously all too keen to enjoy a comfortable lifestyle almost entirely paid for by their male partners.

One MailOnline reader put it succinctly in response to the article’s question asking why women were finding it so difficult to find a man with whom to settle down: ‘It’s because every man they meet has already been taken for a ride and had his pockets emptied.’

Welcome to the red pill, my British brethren. Better late than never.

The article goes on in this vein for some time:

So what’s causing this schism between the sexes at the very point in their lives when you might imagine they would be more likely than ever to settle down?

Psychotherapist Teresa Wilson, who runs a practice in South-West London, believes men and women are coming to the dating game in middle age with entirely different perspectives.

While women — now so independent in outlook and behaviour — are much less worried than male counterparts about finding a new long-term partner, men are more likely to have come from a relationship they’d rather have kept.

‘Women don’t feel quite so trapped in bad relationships. They’ve found a certain liberation over the last 20 years,’ she says.

‘Men, however, like the stability of a home life provided for them, their creature comforts, and often don’t know how they’re going to manage except by going into another relationship.

‘Women, meanwhile, are not as fearful [of being alone]. They tell me: “I might find another relationship, but even if I do not, I can cope.” ’

Meanwhile, Selena Doggett-Jones, a psychosexual and couples’ therapist, sees men as less able to cope with an entirely new dating landscape which has made singletons much pickier about prospective partners.

‘If you’re newly divorced, the dating game has changed dramatically; it’s all online now,’ she says.

‘People who had finished a long-term relationship or were widowed used to be introduced to someone new at a dinner party.

‘But today people will say precisely what they want online. For example, “I only want to meet someone between 40 and 50”, meaning someone aged 51 will not be considered because they’re not in the right category. If they met someone for real, they’d maybe not find out their age until they’d been on a couple of dates, by which time they’d probably like them and the age wouldn’t matter.

‘But instead, all they’re looking at is a photograph and they’ll swipe or click “yes” or “no”. It’s very difficult.’

Alex Cavadas, 41, a divorced part-time actor, says he’s a victim of this pickiness — and has given up on love after a series of emotionally crushing dates with women seemingly set on just one thing: money. ‘Some of the women I’ve dated were too pushy,’ he says. ‘One woman talked to me on the first date about having children and getting married.

‘She asked me how much I make, which is about £400 a week. She told me that wasn’t enough, saying: “I have certain standards.”

‘Yes, I’m a struggling actor. But she wasn’t well off, either. She was an au pair. She was just looking for a wealthy husband.

The Daily Mail is of course a tool of the globalist establishment- and appears, for the most part, to be staffed by tools as well- so it is unusual when one finds an article, written by a woman no less, that hits on a number of powerful home truths familiar to all of us who "woke up".

The first of these truths is that there is a real, and very terrible, price to be paid for women's liberation.

This is a particularly tricky subject for us red-pill types. I have no doubt that anybody reading this rejects utterly the Islamist approach to handling women, which is to keep them in a near-permanent state of chattel and slavery under men. Whatever the merits of that approach, the idea of treating women as basically somewhat intelligent cattle goes against everything that the West stands for.

The Arab-Islamist culture is what happens when masculinity goes too far without any balancing feminine traits. That is one reason why it should never have been allowed to take root in the West- and why, sooner or later, Islam will have to be destroyed in the West, root and branch.

The alternative, though, is no better. Today we have women making up the majority of college graduates, making more money in their early years than men (though less overall due to their career choices), and being granted special rights and privileges that make them a protected class under the law while men see more of our rights taken from us every day.

Today women have created a highly misandrist society in the West that is utterly hostile to men, while demanding that we give up ever more of our rights and freedoms to satisfy their ridiculous notions of "patriarchal oppression".

Legally, politically, economically, and financially, they have everything that men have- and more. They just don't want to take the same risks that men have to in order to get the same things.

In fact, women today want all of the rights and freedoms of men- without having to make any of the very hard sacrifices and shoulder any of the crushing responsibilities that come with those rights.

And that is precisely what gives modern Western women such insufferable attitudes. They think that they are special and should be treated specially- because nobody ever told them any differently. But, really, there is nothing special about them.

They have lost their femininity, and as a result they have nothing to offer the most successful, high-value men- some of whom are interviewed in that article.

So why, then, should any man in his right mind want to put a ring on a woman who has nothing to offer him beyond a lot of attitude, irrational bullshit, drama, and neediness?

The second truth to be found in that article, albeit indirectly, is that although Western women are in general horrible bets these days, particularly in the big cities, the fault actually lies with men.

It is a highly unpleasant but unavoidable fact that the appeal, or lack thereof, of a society's women is a direct result of the nature of its men. Western women are the unmitigated disasters that they are because men have let them get away with endless amounts of nonsense for the best part of fifty years.

Take a look at the middle of that article:

A devoted husband of 21 years to his late wife Rosie, who also worked in television until her sudden death from an undiagnosed heart condition in 2008, the urbane Chris is as removed from a stereotypical knuckle-dragging woman-hater as you could hope to meet.

Yet even he was astonished by how brutally mercenary some of the middle-aged single women he met were.

‘I was brought up by just my mother and absolutely support female empowerment. But the vast majority of women I met expected the man to pay for everything,’ he says. ‘I’m all for female equality, so why did 99 per cent of women expect me to always foot the bill?’

That, right there, is the problem.

Equality, especially between men and women, is an impossible quest. To paraphrase my friend LastRedoubt, free people are not equal, and equal people are not free.

And if Western men continue to insist on believing in this equalitarian madness, then Western women will never improve.

Men are providers, protectors, creators, builders, preservers, destroyers. We are, simply put, cannon-fodder. We are expendable, and because we know at some level that we are expendable, we are driven to achieve great and terrible things through the promise of, let's be honest, pussy. We make ourselves more impressive and more desirable to women by pushing ourselves to secure resources, status, and power.

Women are the nurturers, the vessels of new human life, the emotional and psychological checks and counterweights to masculinity. Upon women falls the overwhelming burden of child-rearing, home-making, and preparation of the next generation of cannon-fodder.

In no way, shape, or form are men and women equal.

We are equally necessary in order for civilisation to build and maintain itself. But one sex is sufficient for providing a functional basis for civilisation, and the other is not.

Several years ago a powerful social experiment on reality television, of all places, ended up proving this truth. The video evidence is extremely enlightening:

From the very beginning, the Dutch women insist on ordering the men who arrive on their island around, and present him with a list of tasks that they claim they are "too weak" to carry out. And if you watch the whole video, you will find yourself infuriated by the incredibly entitled attitudes of many of the women, who seem to think that they are owed something by the men simply because vagina.

We, as men, have got to stop tolerating the entitled attitudes of our women. We have got to take responsibility for ourselves and our own lives. We have to hold ourselves accountable for our own decisions, and we have to refuse to subsidise or pay for women who are plainly not worth the price that they insist upon.

And if that means shaming the modern Western woman for her entitled attitude, her sloppy appearance, her near-total lack of redeeming feminine qualities, and her inability to provide anything more than physical pleasure, then so be it.

Once again, women are always and everywhere a reflection of the society built by men. Those of us who simply walk away from women who are not worth the price, and instead insist on building our lives and families with the very rare women who are better than the rest, will do both our fellow men and the women of a decaying West a great service.
Email Post
Labels: culture wars douchebaggery fat girl jihad feminism masculinity philosophy red pill SEXISS