The opposition party in the liberal media scored a truly beautiful own-goal (again) when Rachel Maddow attempted to answer a question that almost nobody had ever asked:

Instead of getting right to her big scoop about a 2005 Trump tax return she obtained, Maddow opened her show with a rambling 20-minute rant outlining her often tangential theories regarding Trump’s connections to Russia.

I don't watch the legacy news media networks anymore, obviously. But it must have been utterly mortifying even for liberals watching their favourite dyke making such a complete and total flaming ass out of herself on national cable TV.

Indeed, every time I look at Rachel Maddow's smug shitlib face from now on, all I'm going to see is something like this picture: 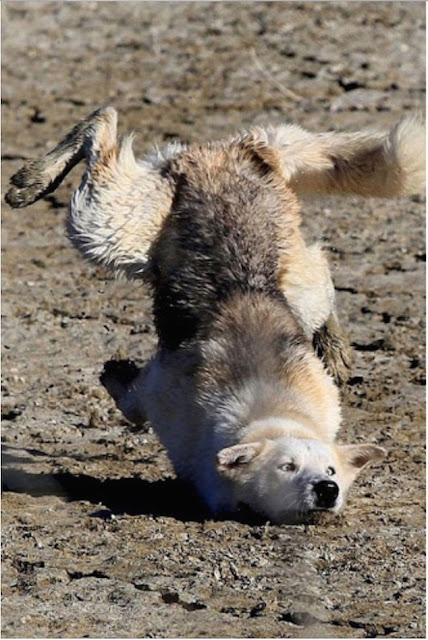 I mean, how inept do you have to be in building up to your big (anti-)climax that you get scooped by your own target in the process of revealing what large segments of the electorate had already guessed to be true, using a set of data that is more than ten years old?

All that the God-Emperor's tax returns revealed to anybody was that the man works bloody hard and is very, very, VERY good at what he does in terms of real-estate development and business management.

Show of hands, lads: how many of you are surprised by this?

Yep. That's what I thought. Precisely nought percent of my readership, and less than the minutest quantum of a damn of the entire American electorate that didn't vote for the Hilldebeast.

Even Ms. Maddow's own shitlib cohorts are having a hard time spinning this as anything other than a neatly wrapped and parceled gift to the God-Emperor.

In fact, the hyperventilating liberals who run MSNBC appear to have forgotten that stealing and releasing someone's tax returns is, in fact, illegal. As in, "your ass is going to jail because you broke the LAW, you blithering idiot". That kind of illegal. Ms. Maddow and her team basically just gave the Ordo Hereticus of the Inquisition Department of Justice the perfect excuse to arrest everyone associated with the release of those returns.

It gives me warm fuzzy feelings just thinking about that.

Ms. Maddow did a superb job of giving Donaldus Triumphus some valuable free publicity and de-fanged many of his critics in the process.

Well done, Ms. Maddow. Now, if you'll start acting like a real woman instead of a lesbian by growing your hair out, not being an aggressive ball-busting feminist, and dating actual men, perhaps you might one day actually be taken seriously by the rest of us.

As for us on the alt-Right, let me ask you this, gentlemen:

ARE YOU TIRED OF WINNING YET?!?

I know that I sure as hell am not.