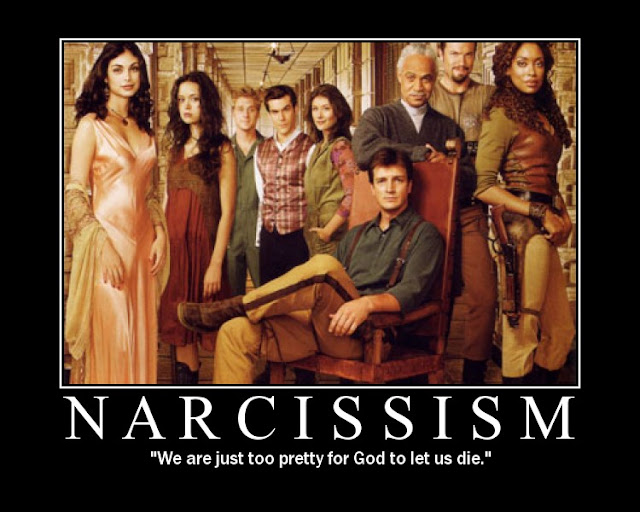 Before anyone says anything, yes, I know, this is some serious navel-gazing, but I don't do it very often. And it's my blog anyway.

As with past years, the idea here is to present a selection of what I think was my best writing from all of 2016. The posts presented here aren't necessarily the ones that got lots of page views or comments (though some did); they are simply laid out, in descending order, based solely on my opinion of their merits.

If you are a longtime reader, and you've got your own candidates, stick 'em in the comments below. I would be interested to know what kinds of posts my readers enjoy.

And that's it for 2016, lads. I'll see you in 2017, once all of our hangovers have subsided and we're fit to be called human again, with new material, rants, reviews, and so on. It's going to be a great year for us, but first we have to kill off the old one- so uncork the champagne, break open the kegs, pour out the hard spirits, and let's get STARTED!

1. Victory
At long last, brothers, it is done. The God-Emperor has triumphed- and so too have we of the #altRight.

I was up until like 2am keeping up with the electoral college votes that were slowly trickling through, but in reality, by about 11.30pm, it was clear that Donald Trump was going to be the next President. He had taken Ohio and Florida; Michigan, Pennsylvania, and New Hampshire were in play, and with Michigan leaning red and vast swathes of America turning solid red already, it was clear where the wind was blowing.

It was at that point that I knew he had won. All he needed to do was pick up either Michigan or Wisconsin, and Alaska (which of course he would), and that would be all she wrote.

And it was at that point- at, like, midnight- that I offered up a prayer of thanks to the Almighty. As He proved in 1980, and again in June this year with Brexit, He showed once and for all that He has not abandoned America and the West- even though the West seems in an awfully big hurry to abandon Him.

2. "The Elites are blind, Arbiter!"
These people are some of the most successful one-percenters in America- on the surface, at least. My uncle and aunt came here and made the most of the opportunities that they received. They became wealthy and very comfortable. (Much of that wealth, I recently learned, was founded ondebt, which I absolutely loathe- and they are now paying a very steep price for that.)

But they have spent so long among people like themselves- rich, successful, liberal to the max because they have eliminated much of the need for competition and struggle in their lives- that they have forgotten the realities of the ordinary American.

3. War and Culture, Pt. 1: Why the West Keeps Losing
My friends, the simple fact is that the West is dying.

Its people have ceased to breed. Its greatest cities are being flooded with hordes of immigrants, legal and illegal. Entire neighbourhoods of London and New York and Paris are no longer recognisable as being distinctly "English" or "American" or "French"; the people who inhabit these locales speak every language on Earth except for the one known as the mother tongue of their host nation. The most glorious ancient cathedrals of nations that were once proudly Christian are empty; I have personally seen, not far from where I live, a former church building now being used as a mosque.

The Men of the West no longer have the will to fight for their civilisation. They have forgotten all the good that it brought to them. They have failed to learn the lessons of the recent past.

Whether we like it or not, it is distinctly possible that you and I will live to see the final destruction of Western civilisation as we know it today.

4. What is the matter with white people?
As for the alt-Right being a supposedly "white supremacist" movement, there is a diversity of thought and opinion within it that makes an utter mockery of the Left's much-vaunted claims to a monopoly on the concept of plurality. (Yes, this is a massive contradiction in terms. Spend more than ten minutes trying to figure out how a Leftist thinks and you'll realise that their entire philosophy is a mass of mutually contradictory nonsense.)

Within the alt-Right, you will find a complete melange of people and ideas, who often disagree quite violently with each other on a very wide range of subjects. It is perfectly normal to have a 1488r (or Stormfronter), who is openly and virulently anti-Semitic, arguing hysterically with natural conservatives and the intellectual types about the Jewish Question, just as it is perfectly normal to have an ardent Zionist arguing with a paleoconservative of the Pat Buchanan mold about the best way to secure America's borders.

5. Querying the Domain: Gen-Hexed
My honest opinion is that the next generation after me is in for an extremely rude awakening. As bad as Millennials are, the next generation is even less well equipped and intellectually prepared for the world as it is, rather than as they would wish it to be.

I have more than a passing interest in this question, by the way. The age gap between my sister and me is significant, and in terms of attitudes and values, she is far more liberal and progressive than I have ever been. Our differences are so large that I do, in fact, consider her to be from a different generation than mine. Don't get me wrong, I love my little sister unreservedly and I'd do just about anything to keep her safe and provided for, but she is very, very different from me.

So I do have some anecdotal evidence, based on my sister's attitudes and behaviours, that gives some idea of just how bad things are going to get.

6. Opportunities, not passions
Here's the hard reality of being in your early twenties that very few people ever tell you: you know precisely DICK about ANYTHING of ANY importance. And the sooner you accept this cruel but inviolate fact, the happier you will be, and the easier your life will be.

It's just that simple.

A 22-year-old kid who has been told all her life that she is special and wonderful and bound for success in this world- as virtually every Millennial these days is- will suffer a very harsh reality check very quickly. Lord knows, I did, when I was in my early twenties. Reality doesn't care about what you've been told growing up. It only cares what you can actually do.

And the fact is that, when you're just starting out, you can't do much of anything. You're a barely functional adult in any real sense. The fact is that a new employee is a massive net cost in terms of resources for the first 6-12 months of his or her working life. It takes roughly that long to train a fresh-faced but clueless kid into a reasonably competent person who won't sink the team and the company by making a carelessly stupid mistake in a spreadsheet that goes out to a client, for instance.

7. "So please remember us"
Most Americans have never known what it means to live in a country where the simple ability to sit in a public park with your family is fraught with danger because security is not guaranteed. Most Americans cannot imagine having their right to walk wherever they damn well please being restricted, because certain areas are not "safe" to wander into. Most Americans take it for granted that they can sit in a marina without metal detectors, without heavily armed private security, without having to worry about some Islamist loony wanting to blow himself up and take dozens and hundreds of them with him on his way to his so-called "paradise".

I pray to the Living God every day that you people will never have to learn what that is like.

8. The price of female freedom
It is a fundamental, axiomatic truth that men and women do not age the same way; not for nothing has it been written, only half-jokingly, that men age like wine, while women age like milk.

For women, their best years are between the ages of 18 and 30- and that is it. From the age of 30, a woman's looks begin to deteriorate quite rapidly; it becomes much more difficult for her to control her weight and appetites; her fertility drops precipitously; her ability to bear fully healthy children declines just as fast.

By far the most devastating consequence of this loss of youth and beauty is the fact that, just as women begin to lose their value, men begin to gain in ours.

For men, the years between 18 and 30 are often filled with suffering and hardship. Those of us who are not naturally gregarious or sociable find it extremely hard to make friends and find dates. Our time is often consumed by work and the daily struggle to simply get by. Our finances are weak and our relative status is poor as a result.

But from the age of 30 onward, things rapidly begin improving for us.

9. Of war without victory
To conclude: is 4GW a complete theory of warfare? I do not believe it to be so. It has tremendous explanatory power, to be sure; I have yet to see a better way of explaining the victories won by #Gamergate, or the Rabid Puppies, or even Donald Trump's Presidential campaign, than the paradigm of 4GW conflict. But there are simply too many gaps and holes, too many questions left unanswered, to trust in it blindly. The careful and thoughtful student of war must question all of its assumptions, repeatedly and thoroughly, and must not accept its easy explanations at face value, if one is to make the most of its ideas and applications.

10. Mindset and victory
The fact is that confidence creates its own reality. When you are at peace with yourself and the world around you, things seem to just... happen the way they should, almost without conscious intervention on your part. When you have the confidence that comes from total knowledge of your strengths, from mastery over your weaknesses, from complete ownership over your present and future, things simply work for you. That confidence creates its own reality, in a way.
Email Post
Labels: 4GW altRight Christianity culture wars GodEmperor human stupidity liberal stupidity masculinity natural rights philosophy politics Trump Warhammer40K wild Sigma