Now that we've gotten the best books of 2016 (in my ever-so-humble opinion) out of the way, it's time to tackle the best albums that I've listened to all year. Now, the thing is, I actually listen to quite a lot more than just heavy metal- but for whatever reason, virtually ALL of the new music that I buy at any given time is metal.

So if metal really isn't your thing... well, in the immortal words of MANOWAR:

Now the world must listen to our decree!
We don't turn down for anyone, we do just what we please
Got to make it louder, all men play on ten
If you're not into metal, you are not my friend! 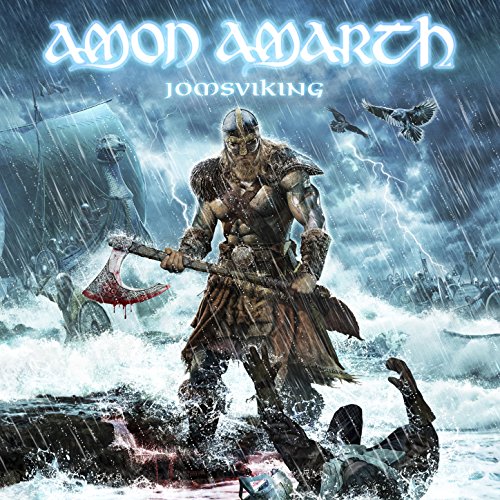 To absolutely nobody's surprise, my favourite album of this year is of course by Viking metal stalwarts AMON AMARTH. The first concept album of their long and storied career, this is a dark and bloody tale of lost love, vengeance, and death. The story starts with an unnamed anti-hero fleeing his native lands after killing a jarl's servant in a dispute over a girl. Alone and lost, he eventually finds his way into a company of Viking mercenaries, becoming a warrior of great skill and renown. He makes his way back to his homeland after many years away, and finds that his girl has grown into a woman who is happy with her life and refuses to go away with him. The album ends with one of AMON AMARTH's signature epic tracks in an orgy of battle, slaughter, and death. There is not a single bad track on this entire album; every one of its eleven songs bristles with power and fury.

While this album isn't quite as good as the legendary With Oden On Our Side, it is still better than every one of the albums since that monumental release and stands on its own as a classic moment in the discography of this great band.

Killer Kuts: First Blood, One Against All, The Way of Vikings, At Dawn's First Light, Vengeance is My Name, One Thousand Burning Arrows, Back on Northern Shores 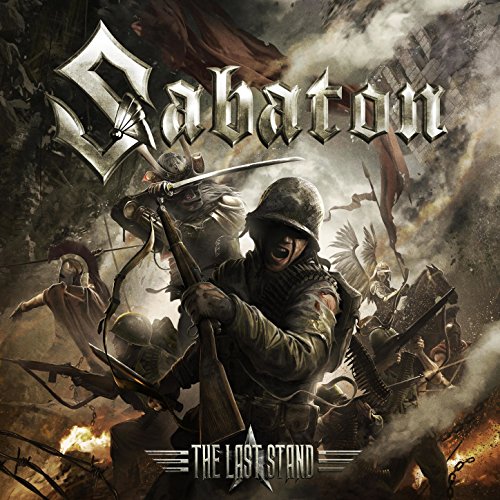 I don't call SABATON "the Pacific Rim of heavy metal" for nothing. These guys are silly, absurd, and completely over the top. They are also utterly lovable because they play everything with conviction and balls. They specialise in what we might as well come to call "war metal", which means that all of their songs are about war and history of some kind or another. This album is loosely based around the concept of a "last stand", and as such is all about honour, glory, valour, and resistance in the face of impossible odds. Once again, there isn't a single weak track on the entire album- which is actually kind of unusual for a SABATON release. And if you think the songs sound great on the album, wait until you hear them played live- they simply slay.

3. GLORYHAMMER - Space 1992: The Rise of the Chaos Wizards
You wouldn't normally think that a "side project" would amount to much in terms of quality output. And normally, you'd be correct. But this band, which is the brainchild of ALESTROM main man Christopher Bowes, is highly unusual. While ALESTORM's music is straight-up silly pirate metal, GLORYHAMMER's music is pure cheesy power metal- and it is unusually good power metal at that. There is no question that this band is ridiculously silly- every one of the band members has a persona, and the band takes the stage in full costumed regalia not unlike the way GWAR used to do things- but they are also very skillful and they have lots of great ideas.

This album is a continuation of the concept established in the previous release, Tales From The Kingdom Of Fife, which takes place in an alternate timeline Scotland and which features the rise to power and eventual defeat of the evil wizard Zargothrax. The newer release kind of tells a similar story, set 1,000 years afterward in the year 1992, in which an intergalactic space empire is assaulted by the forces of Zargothrax after he is freed from his magical prison. Well written, performed with conviction and skill, and highly entertaining, this is definitely a top-notch power metal album. 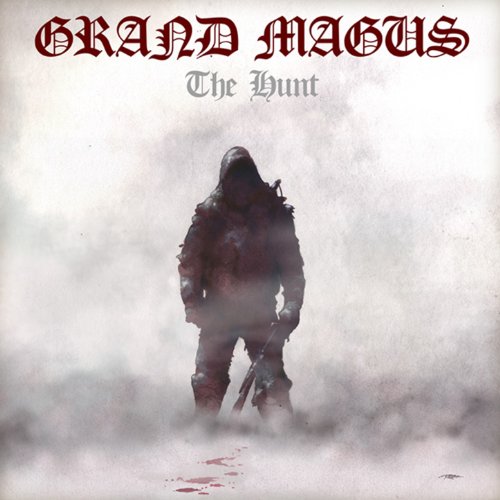 I discovered GRAND MAGUS as a side effect of listening to AYREON's superb The Theory of Everything. The vocalist of GRAND MAGUS, Janne "JB" Christofersson, did such a superb job in his role as "The Teacher" on that album that I eventually got around to listening to the work of his main band. This Swedish outfit started out in "doom metal", as shown by their first two albums, but eventually migrated over to a more conventional style that is nonetheless quite unique. This album is, in my opinion, their best, as it is the one with the most consistent level of quality. The songwriting is superb, the musicianship is excellent, the production is tight and dry, and the overall effect is one of unrelenting power and precision topped off by a great vocal performance. A solid album that can be enjoyed at virtually any time. 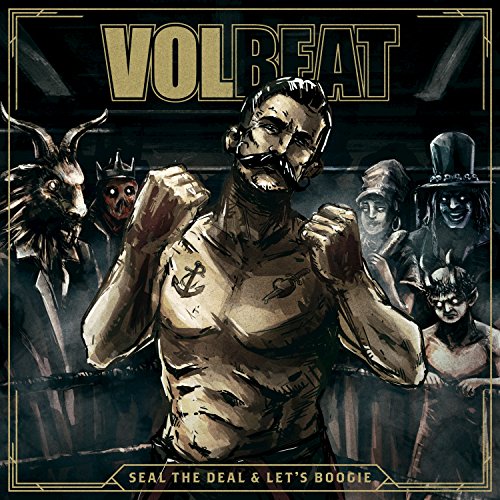 VOLBEAT is another one of those bands that defies easy categorisation. They play a mixture of so many different genres that it's very hard to pin them down on any one particular strength. But they are exceptionally tight, talented, and fun to listen to whether they are playing straight-up hard rock, thrashy metal, rockabilly, blues, or any mixture of these. Their last album, Outlaw Ladies and Shady Gentlemen, was not quite up to the standards that I expected of them, but they sure as hell redeemed themselves with this one. Solid from start to finish, uncompromising in quality, yet flavoured with all of the variety and experimentation that marks this band out among its peers, this is an excellent album and continues the band's trend of well-crafted, enjoyable, memorable work that will win fans from multiple genres.