The numbers still don't add up

As I pointed out in considerable (yet still high-level) detail the other day, the canonical story of Islam's origins is simply false, in almost every possible way. Among the most critical aspects of the false narrative regarding Islam's origins is the notion that the Koran was committed to written form only after the death of Mohammed.

However, as Emmet Scott describes in clear detail within the Appendix to his book, The Impact of Islam, this is simply not the case. The Koran was, as far as any reasonable third-party authority can tell, originally a Christian devotional text written in Syriac and then expanded upon, edited, and adapted into Arabic to suit the political needs of the first Umayyad caliphs as they won a power struggle over their Persian allies to lead the new Islamic empire.

New evidence from the earliest known copy of the Koran supports these assertions:

Fragments of the oldest Koran in existence, which were discovered at a British university library, could be from the original copy of the Muslim holy book.

The pages, thought to be between 1,448 and 1,371 years old, were discovered bound within the pages of another Koran from the late seventh century at the university's library.

Mr bin Huwareib, who is managing director of the education organisation Mohammed bin Rashid Al Makroum Foundation which was set up the UAE ruler, told the BBC: 'It's the most important discovery ever for the Muslim world. I believe this is the Koran of Abu Bakr.'

'This will be a revolution in studying Islam.'Abu Bakr was the first person outside of the Prophet Muhammad's family to convert to Islam in 632AD.

The discovery is thought to be particularly significant as in the early years of Islam, the Koran was thought to have been memorised and passed down orally rather written.

Professor David Thomas, an expert on Christianity and Islam at the University of Birmingham, said earlier this year: 'If it is what we now think it is, is very important indeed.

'Islam is associated, of course, with the Prophet Muhammad, and he lived in the latee sixth and early seventh century. [Didact: He supposedly lived during that time period. In reality, he simply didn't exist as canonically described.]

'Now this manuscript could well have been written just after he died.'

'The person who actually wrote it could well have known the Prophet Muhammad.

'He would have seen him probably, he would maybe have heard him preach. He may have known him personally.' [Didact: Again, pretty damned unlikely, given that the canonical Mohammed just didn't exist as described.]

It should be interesting to see what the Islamic world's reaction to this momentous and thrilling scientific discovery into the roots of their faith will be. 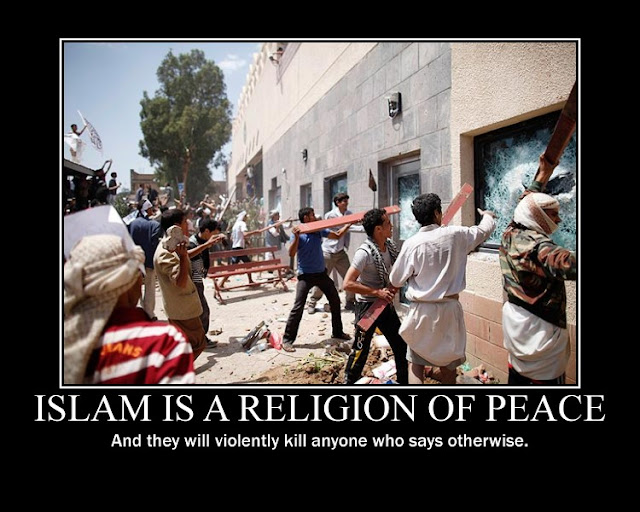 The most important part here is the age of the manuscript as discovered. Go back above and you will see that the Birmingham Koran is dated at somewhere between 1,371 and 1,448 years old.

Do a little MAFF and you'll quickly realise that this puts its origins at between 567 and 644 AD. The Daily Mail is of course terrified to do this, because that would require admitting something quite radical, but that is why crazy mathematicians like me exist.

To put this into perspective, the canonical life of Mohammed is, of course, put at 570 to 632 AD. And the first authoritative copy of the Koran was not thought to have existed until 50 years after his death.

This would indicate that there is a very clear problem with the timeline of the canonical description of Islam's origins. There is simply no way that the Koran could have been passed down as an oral tradition for the better part of 70 years, from 610 AD to 680 AD.

The support for its pre-existence as a Christian devotional text written in Syriac becomes ever stronger, while the orthodox description of it as a divinely dictated book from the mouth of Allah simply falls apart.

Now, more than ever, it is critically important that the West recognises that "tolerance" of the lies and falsehoods of Mohammedanism simply isn't an option anymore. Especially since any halfway decent and rigourous investigation into Islam's roots will clearly show that the canonical origin story simply does not hold up to serious scrutiny.
Email Post
Labels: douchebaggery religion