I could hear Col. Dubois in my mind: "Citizenship is an attitude, a state of mind, an emotional conviction that the whole is greater than the part... and that the part should be humbly proud to sacrifice itself that the whole may live."
-- Juan "Johnnie" Rico, Starship Troopers

When you live your life surrounded by peace and plenty, where your only real concern at any given point in the day is what you're going to eat for lunch or dinner, it is a deeply humbling experience to be confronted by the very real sacrifices that good men make to ensure the freedom and the survival of an their homeland- whether original, or adopted.

One young man made that ultimate sacrifice just two nights ago. His name was Sergeant Sean Carmeli. He held dual US-Israeli citizenship; and on Saturday night, he died fighting to preserve the safety and security of the people of his country, alongside 12 more of his brothers in the Golani Brigade during Israel's entirely justified invasion of Gaza.

Now I do not, for one moment, agree with the concept of dual citizenship. To be a citizen is to adopt the values of your country as your own, to uphold its ideals as your own- and to pledge your life in its defence, if need be. And you can only do this for one country, and no other, by definition.

By these standards, even though Sgt. Carmeli theoretically was a citizen of two countries, he proved beyond any doubt that even though he was born in America, he was, without question, a son of Israel.

The most poignant part of the story of his death is that initially, it was reported that he was a "lone soldier"- a man without any real family in Israel, fighting for an adopted homeland.

When it came time to bury an adopted son, some twenty thousand Israelis attended his funeral in Haifa.

If there is a more poignant and simple way to demonstrate what citizenship- true citizenship- means, I have yet to see it.

He, and other supposedly "lone" soldiers like him, make sacrifices every day to keep the rest of us safe. For that, they should be honoured and celebrated, for they are true citizens in the very deepest sense of the word. 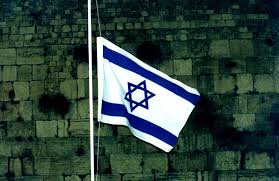